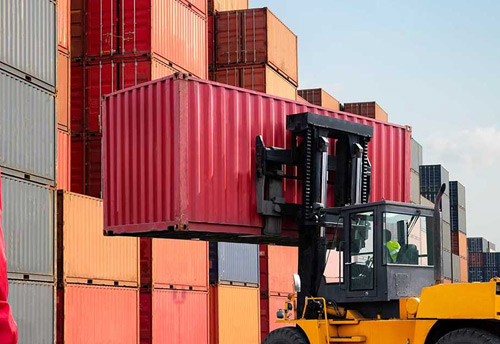 New Delhi, Oct 12 (KNN) While the steep fall in merchandise imports in June quarter brought cheers to many,  Indian exporters have to brace for an unforeseen  development: shortage of containers for shipping goods.

While announcing the monetary policy, the Reserve bank of India released data about India's current account surplus. The positive balance of trade rose to $ 3.9 percent of GDP (gross domestic product) in the first quarter of 2020.

The surplus in the current account in Q1 of 2020-21 is attributed to a steep decline in merchandise imports relative to exports on a year-on-year basis.

“Almost all merchandise exports (non oil and non commodity) are sent through Containerised cargo. But as fewer imports consignments are coming to Indian shores, there are not enough containers available to be returned for exports”, says Anil Bhardwaj, Secretary General, Federation of Indian Micro and Small & Medium Enterprises (FISME).

“The problem is acute for Micro, Small & Medium Enterprises (MSMEs) as many of them require less than container load (LCL shipments) or one or two containers only whereas shipping companies favour the large players”, he added.

FISME has approached Ministry of Commerce and Industries to intervene through respective departments and help MSMEs get containers needed for them to meet their commitments.