MSME Ministry calls for entries for national awards in entrepreneurship 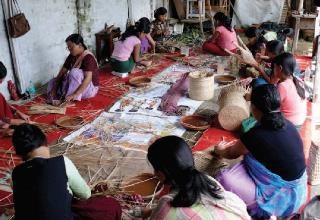 MSME Ministry calls for entries for national awards in entrepreneurship
New Delhi, Oct 24 (KNN)   With a view to recognizing the efforts and contribution of MSMEs, the Ministry of Micro, Small and Medium Enterprises honours outstanding entrepreneurs in various categories each year under the scheme of national award.  In this regard, it has called for entries.

The first, second and third National Awards carry cash prizes of Rs 1 lakh, Rs 75,000 and Rs 50,000, respectively, besides a certificate and trophy.  In addition, there are special national awards - for women, SC/ST entrepreneur, NER entrepreneur and special recognition award to MSMEs scoring marks above 80 per cent and 50 per cent in case of NER.

The National Awards were instituted by the Ministry in 1983 to felicitate outstanding performers in the MSME sector in the areas of entrepreneurship, research and development, product quality and innovation.

The application for awards should be submitted to the Director of the MSME Development Institute (MSME-DI) of the respective state by the November-14.

The state level selection committee will evaluate and mark each application as per the making and evaluation format devised for each category of awards and forward their recommendations to the Office of the DC-MSME, Government of India; for consideration of the National Level Selection Committee, constituted under the chairmanship of the Additional Secretary and Development Commissioner (MSME).

The last date for receipt of the recommendations of the State Level Selection Committee to national committee is December-1, 2014.

The Micro, Small and Medium Enterprises (MSMEs) in India have seen a vast development in the last five decades. The MSMEs have registered tremendous growth as also progress in terms of quality production, exports, innovation, product development and import substitution, very much beyond the expected objectives of setting up MSMEs by the planners of industrial production base in the country. Entrepreneurial efforts have made it possible to produce number of items, which hitherto were imported. In quite a few cases new variants so produced are having additional attributes than their original versions and are capable of solving a multitude of user problems. This all has become possible owing to the ambitions and visionary spirit of entrepreneurs of MSMEs.

The Awards are given for every calendar year to deserving entrepreneurs of Micro, Small and Medium Enterprises having permanent registration/have filed Entrepreneurs Memorandum with the authorities notified by respective State Governments/UT Administration in accordance with the provisions contained in the Micro, Small and Medium Enterprises Development (MSMED) Act 2006, which came into force on 2 October 2006. The MSMEs should have been in continuous production/service for last four years. (KNN Bureau)
Share