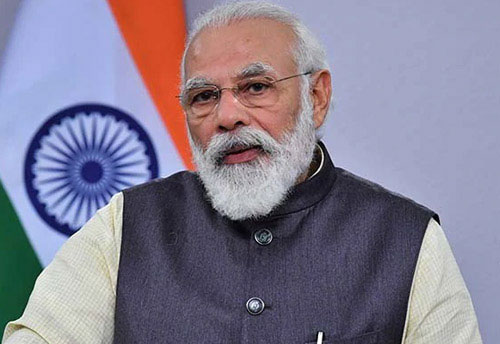 Dharapuram, Mar 31 (KNN) Prime Minister Narendra Modi has said that MSMEs are going to be one of the key focus areas of the National Democratic Alliance (NDA) government.

While addressing the election rally in Puducherry on Tuesday, March 30, PM Modi further said that Rs 14,000 crore has been sanctioned for 3.16 lakh MSMEs in the state with almost 1.5 lakh people directly linked to the sector benefitting.

He further asserted that the policies rolled out by the government helped MSMEs in the ease of doing business.

He also spoke about several schemes which were rolled out under the stimulus package including the new definition of MSMEs, the rolling out of Rs 50,000-crore Funds of Funds, Rs 3 lakh-crore Emergency Credit Line Guarantee (ECLG) scheme and much more.

"8.5 lakh MSMEs have benefitted from the ECLG scheme. The government has taken measures to end harassment by tax officials," he claimed.

The MSME sector contributes significantly to India's growth numbers — about 30 percent. In addition, it is also responsible for creating 11 crore jobs in the nation. 2020 has been a tumultuous year for the Indian MSME sector.