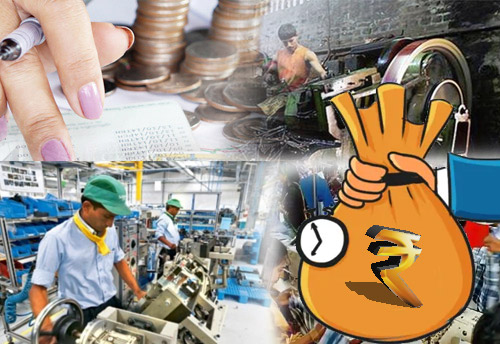 During a meeting with the state-level bankers’ committee on Friday, Sehgal said the government had set the target of providing loans to 20 lakh new units.

He  also informed that so far under the Emergency Credit Line Guarantee Scheme (ECLGS) banks have sanctioned loans worth Rs 10,000 crore of which only Rs 7,000 crore have been disbursed till now and the gap would be filled at the earliest.

He said that banks should not have any problems in approving loans, if the central government had declared a 100 per cent guarantee against loans extended through emergency credit line scheme.

He asserted that due to Covid-19 pandemic, the state’s economy has been disturbed and our priority is to strengthen MSME units.

''Under the Atmanirbhar Bharat package, directions have been issued to extend emergency credit line guarantee scheme to all units and a special drive will be carried out on September 15 to achieve the target of 100 per cent loan disbursal so that in the first week of October, a mega loan fair can be organised,” Sehgal said

Sehgal also said that under the Vishwakarma Samman Yojana being run by the state government, loans will also be made available to artisans. A programme of loan disbursal is likely to be held on September 17, on the occasion of Vishwakarma Diwas.

“Traditional artisans are being given training and high-quality tools. If they are also given financial assistance, they will be able to expand their work,” he said.