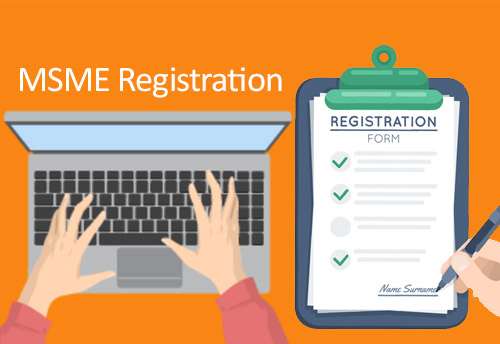 ''The portal became operational on July 1 and “as on September 1, close to 4.00 lakh registrations have already taken place,” the ministry said in a statement on Wednesday.

The statement further said that for the ease of business of MSMEs, the Ministry's portal for new registration of Udyam (https://udyamregistration.gov.in/) is being integrated with TReDS and GeM in a seamless manner.

''Therefore, it would be just enough and useful to register as MSME on the Government portal. Integration with TReDS and GeM mechanisms will happen automatically,'' it added.

The government had introduced the portal for paperless and free of cost registration of MSMEs based on self-declaration in an effort to boost ease of doing business.

Apart from new entrepreneurs who want to register their units as MSMEs, businesses which are registered as Entrepreneurs Memorandum (EM) part II or Udyog Aadhaar Memorandum (UAM) can also migrate to Udyam by re-registering themselves.

The Ministry of MSMEs alerted the enterprises and entrepreneurs to beware of fake websites who are charging money in the name of facilitating registration.

''It is requested that the registration should be done on and through the government website only,'' the ministry said.