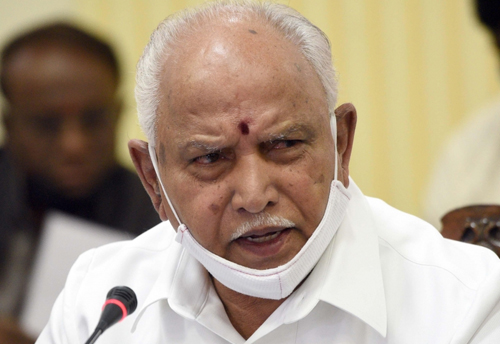 Bangalore, Nov 13 (KNN) Micro, Small and Medium Enterprises (MSMEs) in the state on Friday urged the Karnataka Chief Minister B S Yediyurappa to set up industrial estates in the peripheral areas of Bangalore Urban.

While meeting the Chief Minister, the office bearers of Karnataka Small Scale Industries Association (KASSIA) led by K B Arasappa, President, apprised him of some of the pressing issues concerning MSMEs which need immediate government attention.

''KASSIA urged the chief minister to take necessary steps to set up industrial estates in the peripheral areas of Bangalore Urban in order to enable SMEs functioning in the residential areas of the city to move out as they find it increasingly difficult to operate from such places,'' KASSIA said in a statement.

The industry body also requested Yediyurappa to withhold the implementation of the power tariff hike on SMEs as industry was not in a position to bear the increased tariffs in the present circumstances as their very survival was at stake.

''KASSIA also urged the government to quickly issue the notifications for the new industrial policy so that the investors can be benefited from it. It was pointed out that the delay in issuing such notifications by the revenue and energy departments has inconvenienced a lot of members who have approached KASSIA in this matter,'' it added.

Eventually, the Chief Minister assured KASSIA that he would take immediate steps to see that these problems are resolved quickly.