ODA funded projects can become fountainheads for Make in India if GoI agencies are proactive: FISME 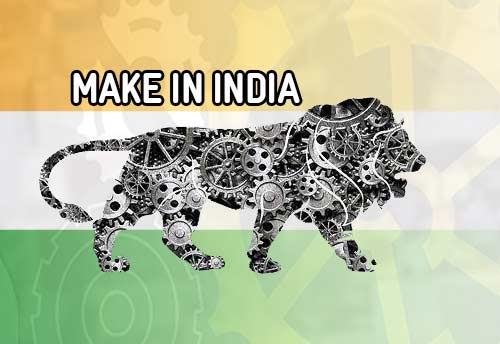 ODA funded projects can become fountainheads for Make in India if GoI agencies are proactive: FISME

New Delhi, Jan 24 (KNN) So far "Make in India"- the flagship programme of Government of India has not been able to garner huge benefits from the biggest infrastructure projects which are often ODA funded.

During a recent exercise undertaken for assessment of implementation of Make in India and Atma Nirbhar Bharat in one of the most ambitious and strategic government projects by a prominent PSU under Ministry of Railways some glaring shortcoming have come to fore.

It has been pointed out that bilateral donor agencies mandate that the larger part of the project must be spent on/ through the contractors of donor country leaving leass than half funds for spending on procurement or works from within India.

“The main reason why the Indian manufacturers could not receive enough orders from EPCs or their sub-vendors/contractors in DFCC projects has been lack of any specific mandate or incentive issued under the Make in India rules which could have forced or incentivised the main Contractors to so arrange their project working that the Indian manufacturers could duly benefit”, says V.K. Agarwal, past President of FISME who heads the Policy Committee of the Federation and is also the Managing Director of Lucknow based Shashi Cables Ltd.

Another reason that comes in the way of utilising the benefits under Make in India is due to a stipulation that if an item was not covered by a RDSO standard, then if the said item is offered by an Indian manufacturer, it has to meet CAC (Cross Acceptance Criteria). A condition that is laid down by the PMC and/or DFCC.

In all probabbilities the Indian manufacturer to qualify to meet CAC has to tie up with an overseas manufacturer of the subject item; the said overseas manufacturer/technology provider may have to be prepared to give jt undertaking for satisfactory performance of the supplies by the Indian Licensee and agrees to supply 50% of the quantity ordered on the Indian supplier. These conditions are generally onerous and not acceptable to well established overseas player”, Agarwal said.

As the Contractor/EPC concerned has usually already tied up procurement of the item in questioh with an overseas manufacturer, the Indian manufacturer desirous to supply the item has to have the tie up with the existing overseas supplier to the Contractor. The overseas supplier may or may not agree to part with its technology or business (opportunity) it may already be enjotying, without the need for any tie up with an Indian manufacturer.

This ground reality has to be studied and acknowledged by DPIIT and the project owners like DFCCIL so as to create conditions for transfer of foreign technology to receive orders from Indian projects.

FISME also questioned excessive reliance on prior experience of supplies in evaluating and qualifying bidders to a tender as it acts as a barrier for new but more competitive suppliers.

Given that standards and processes of testing to determine various characteristics of every item are well laid out, along with detailed acceptance tests of each lot, certain amount of accountability needs to be passed on to the engineers of the concerned departments also instead of over reliance on experience.

FISME suggested that it is the "system approach" that needs to be the basis of evaluating capability of a vendor - new or established. (KNN Bureau)