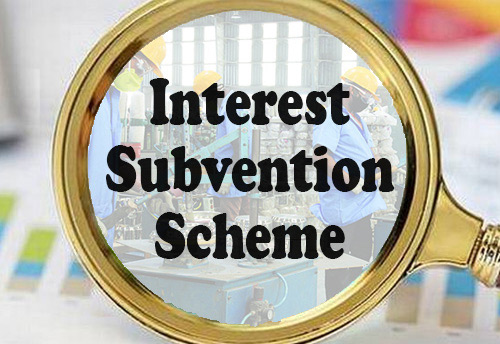 New Delhi, Oct 8 (KNN) In order to provide loan interest relief to MSMEs for ease of doing business, government has extended the validity of the Interest Subvention Scheme for MSMEs till March 31, 2021

The Reserve Bank of India stated on Wednesday that the two per cent interest subvention scheme for micro, small and medium enterprises (MSMEs) on loans offered by co-operative banks has been extended till 31st of March next year.

According to the statement, RBI has further informed that the scheme, initially announced for just two years, has been extended for the financial year 2020-21. RBI said that the coverage of the scheme is limited to all term loans and working capital to the extent of 100 lakh rupees, adding that the requirement of Udyog Aadhaar Number may be dispensed with for units eligible for GST.

MSMEs, which are not required to obtain GST, allowed to either submit Income Tax Permanent Account Number or their loan account must be categorised as MSME by the concerned bank; and trading activities without UAN allowed to be covered, RBI stated.

RBI has also asked co-operative banks to take appropriate action as envisaged in the operational guidelines and issue necessary instructions to their branches or controlling offices for successful implementation of the scheme.

Government of India, Ministry of Micro, Small and Medium Enterprises (MSMEs) had announced the ‘Interest Subvention Scheme for MSMEs 2018’ on November 2, 2018 for Scheduled Commercial Banks. Government of India has since decided to include Co-operative Banks also as Eligible Lending Institutions effective from March 3, 2020.