Slowdown has damaged the potential of MSMEs to sustain 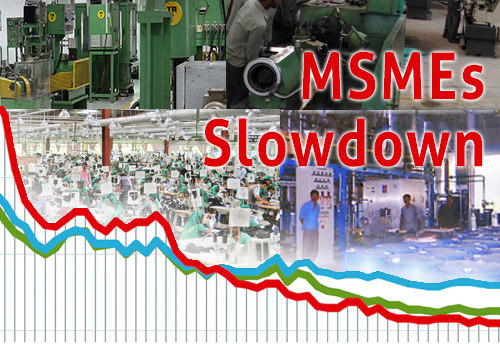 Slowdown has damaged the potential of MSMEs to sustain

Mangaluru, Oct 22 (KNN) The Karnataka Small Scale Industries Association (KASSIA) has said that due to severe slowdown, the potential of the Micro Small and Medium Enterprises (MSMEs) to sustain, has been damaged.

''The severe slowdown in the automobile, textiles and garments, and other manufacturing segments has severely damaged the potential of the MSMEs to sustain,’’ said R Raju, president, KASSIA in Mangaluru on Monday to media persons.

He further said that out of 6 lakh MSMEs, many units have seen a fall in business ranging from 30 per cent to 70 per cent. Contract and temporary employees have lost their jobs. He also said that the financing of operations is getting to be very difficult.

Despite, several steps taken by the government, like measures including direction to banks to go slow on recoveries, enforcement of NPA norms, and also ease the flow of credit to micro and small enterprises, Raju is of view that these measures will not be of any help to MSMEs as most are not incorporated

He further said that though the Government has introduced certain other measures such as infusing additional capital to the banking system, the MSMEs have yet to see any perceptible improvement in demand for their products and supplies.

“Some of these reform measures will, no doubt, have long-term positive impact in the economy, the immediate worry, particularly for the micro and small enterprise, remains,” he added.

He also urged the government to address these issues and give relaxation in GST collection and reduction of GST rates, and improvement in grievances redress mechanism of GST so that MSME sector can be boosted.