Stressed MSMEs can be restructured without being declared as NPAs, says FM 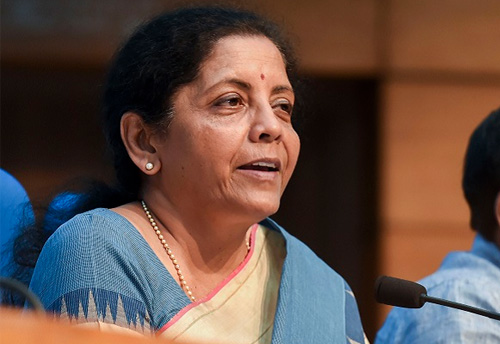 Stressed MSMEs can be restructured without being declared as NPAs, says FM

Speaking at the annual conference of ASSOCHAM here, on Friday, Sitharaman said, "We make sure that stressed MSMEs will not be declared as NPAs. They can be restructured without NPAs."

"We will also make sure that MSME get an additional term loans and additional liquidity through their working capital requirement. Between December 7 and January 7, they can approach any public sector bank and sort out their finances," she added.

The Minister further informed that the government has formed a task group on infrastructure to deploy the front-ended fund of Rs 1 lakh crore for five years.

While commenting on the infrastructure, the Finance Minister said, "In the budget, I had announced that Rs 1 lakh crore will be given for infrastructure. I have announced post-budget that I will make sure it will be front-loaded. We have formed the task group."

Sitharaman also said the Cabinet has approved an alternative mechanism where money will be given to incomplete housing projects.

''Cabinet has approved an alternative mechanism where we will put money first into the projects which are remaining or incomplete all over the country. We will also keep adding to it,'' she added.