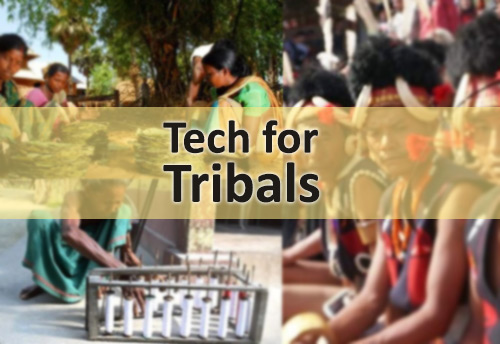 Aimed at the holistic development of tribal with a focus on entrepreneurship development, soft skills, IT, and business development  the TRIFED is offering the training in collaboration with Ministry of Small and Medium Enterprises (MSME) under the Entrepreneurship Skill Development Programme.

“Tech For Tribals” initiative was e-launched by TRIFED, Ministry of Tribal Affairs in association with Chhattisgarh MFP Federation and IIT Kanpur on Tuesday.

During the 6 weeks training from 13th October to 7th November 2020, Van Dhan beneficiaries across all districts of Chhattisgarh State are being trained on various facets of micro-enterprise creation, management and functioning. This will be over a period of 30 days and will include 120 sessions.

The training module has been developed by IIT, Kanpur and will be disseminated among beneficiaries in a phased manner through various modes like online lectures and trainings, online activities and will gradually move to face to face interactions in classrooms, practical, onsite visits and exposure visits.

The programme aims to tap the traditional knowledge and skills of tribals and add branding, packaging and marketing skills to optimize their income through a market-led enterprise model by setting up of Van Dhan Kendras (VDVKs). TRIFED has so far sanctioned 1243 Van Dhan Kendras in 21 States and 1 UT involving 3.68 lakh tribal gatherers.

Dr. Nikhil Agarwal, the CEO, FIRST IIT Kanpur welcomed the participants of the Zoom call and the beneficiaries of the programme in his address.

Pravir Krishna said that “Tech for Tribals initiative” is a unique program to make tribals of India “Aatmanirbhar”, focussing to bridge the gap between tribal entrepreneurs and urban markets.

The Van Dhan tribal start-ups, a component of the same scheme, has emerged as a source of employment generation for tribal gatherers and forest dwellers and the home-bound tribal artisans.

These Van Dhan Kendras are micro tribal enterprises for processing and value addition of forest produces. The scheme is being further expanded to more locations under the ‘Vocal for Local Go Tribal’ initiative of TRIFED during the current financial year. TRIFED envisages the setting up of 3000 Van Dhan Kendras across 307 districts in 27 States.

In his address, Prof Amitabha Bandyopadhyay, Prof-In-Charge, Incubator @ IIT Kanpur said “this programme will mainly entail three aspects of development for sustainable entrepreneurship which can be considered as the three pillars - Engagement, Capacity Building, and Market linkages. This will lead to the path of commercialization of the tribal entrepreneurs.”