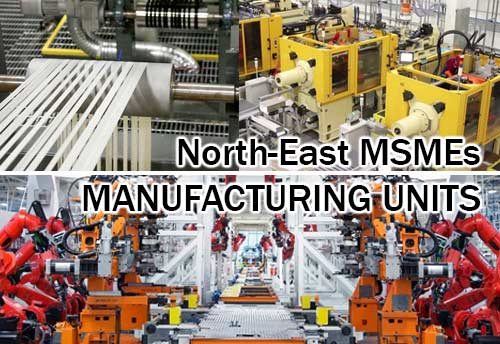 New Delhi, Jan 24 (KNN) The small manufacturing units in the North East region of India are expecting the union budget to provide price protection as the input cost is higher in the region in comparison to other parts of the county.

The Financial and Taxation consultant of North Eastern Small Scale Industries Association (NESSIA) Rajesh Agarwala told KNN India about higher input cost being one of the major disadvantages faced by MSMEs in the manufacturing industry across the north east region.

Providing price protection will help them compete against the larger manufacturing units across India, opined Agarwala.

They do not get orders from government departments and PSUs due to the high cost, he said.

He also said that tax subsidy will help small businesses in North East and must be eased for MSMEs with regards to income tax and GST.

As per Exim Bank India, MSMEs from North East only account for 1.5 per cent of India's MSMEs, but they contribute nearly 62 per cent to the economy in terms of employment, output and exports.

The state of Assam has the highest number of MSMEs estimated at 6.62 lakhs, housing numerous industries like tea, agriculture and allies, sericulture and tourism.

The list is followed by Tripura, Manipur, Meghalaya, and Arunachal Pradesh