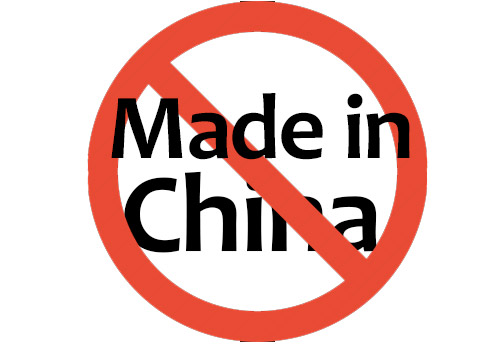 New Delhi, Jun 19 (KNN) After a “violent face-off” on Monday night that resulted in the death of 20 Indian soldiers, including a colonel, triggered a fresh wave of anti-China sentiments in India as traders and consumers appealed to boycott Chinese products.

Though the tensions between India and China have escalated in the recent past but the relationship between the two has never been silk smooth. India even withdrew from the sixteen country Regional Comprehensive Economic Partnership trade negotiations in November due to unreasonable Chinese stand on certain core concerns.

Meanwhile, anti-China sentiments will benefit Micro, Small and Medium Enterprises (MSME) or not which is already suffering from the COVID-19 pandemic, to get an answer of the same, KNN India spoke to Yogendra Kapoor, an Economist as well as Tax Expert.

Kapoor, said that in the current scenario, Indian Government has refused market economy status to China and hence it can impose Anti-dumping duties on Chinese products within the framework of WTO Regulations.

''Anti-China sentiments can largely benefit the MSME sector which is a backbone of India's GDP especially in manufacturing of food products and consumer goods which enjoy a large market penetration within and outside India,'' Kapoor asserted.

''India has a trade deficit when it does business with China.

In February, this year, KNN India had reported how Coronavirus has infected hundreds since the outbreak and would it be possible to break all business ties with China.

''The world is moving towards the global value chain. Wherever, the best commodities price is available, let it be there and the other activity of theirs should be in another country. So, expecting everything is one country is a tough task and this won't be competitive,'' Federation of Indian Micro and Small & Medium Enterprises (FISME) president Animesh Saxena had told KNN India.

''Producing everything in our country is a wishful thing but it's not logical and practical,'' he added.

When he was asked that instead of depending on China, shouldn't India develop such parks or base from where raw materials can be produce to feed Indian industries, Saxena replied, ''as of now, we haven't developed such a big base in manufacturing sector.''

However, on the trade front, China is one of the two countries out of the top 25 destinations of India's engineering exports which showed an year-on-year growth in April 2020, while the remaining countries showed massive contraction up to 91 per cent in some cases due to the hugely disruptive impact of Covid-19.

According to some exporters, during the lockdown imports were more and exports were down. Now exports have jumped and imports have stayed low.