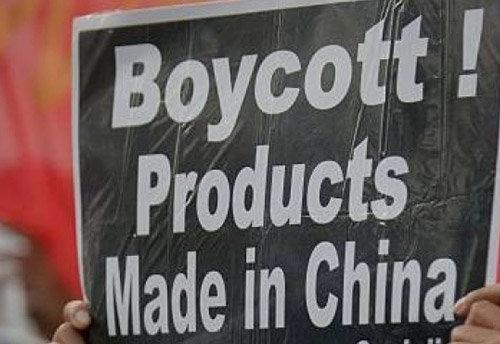 New Delhi, July 7 (KNN) After a “violent face-off” with China in June which resulted in the death of 20 Indian soldiers, including a colonel, triggered a wave of anti-China sentiments in India as traders and consumers appealed to boycott Chinese products.

Soon after the face-off, the several media reports including economists and business experts claimed that anti-China sentiment will help Micro, Small and Medium Enterprises (MSMEs) whose existence is at stake due to COVID-19 pandemic.

To what extent anti-China sentiment will benefit MSMEs and what will be the pros and cons? These are the certain topics and questions which remained untouched and unanswered amid the ongoing scuffle with China and COVID-19 pandemic.

To get an answer of the same, KNN India spoke to Yogendra Kapoor, an Economist as well as Tax Expert who briefly explained the positives to MSME sector from Anti-China sentiment as well as the negative.

Kapoor said that India has a trade deficit when it does business with China which has already been consistently reducing over the last 3 years and is now bound to reduce further in the next 2 years.

''In the current scenario, Indian government, Industry and Society have created a general sentiment to retaliate at their respective levels. GOI has refused market economy status to China and hence it can impose anti-dumping duties on Chinese products within the framework of World Trade Organisation (WTO) regulations to promote the MSME sector and the concepts of Made in India and Make in India,'' he asserted.

Citing a recent survey, he said that over 40 sub sectors have been identified where reliance on Chinese imports can be reduced and benefit the MSME sector in terms of their market potential within and outside India.

While commenting on the Positives to MSME sector from anti-China sentiment, Kapoor said that it would enhanced Government of India's and State Governments focus to promote MSME sector by reducing Red Tapism and create an environment for ease of doing business by providing Easy availability of Credit from banks and financial Institutions, Effective and efficient use of land made available at reasonable rates, Opportunities for Employment in Urban and Rural areas, Enhanced government revenues in the form of Taxes and Public listing of companies to enhance their valuations and value to shareholders.

He further asserted that anti-China sentiments will also assist in increasing India's Foreign Exchange reserves through Export of Products from India.

While on the other hand, the Kapoor warned that those Chinese goods and products should not be banned and import duties should not be increased which our Industry cannot compete on quality and cost competitiveness.

''The MSME sector should form part of those manufacturing only where they can deliver on supplies consistently and within agreed time schedules,'' he avowed.