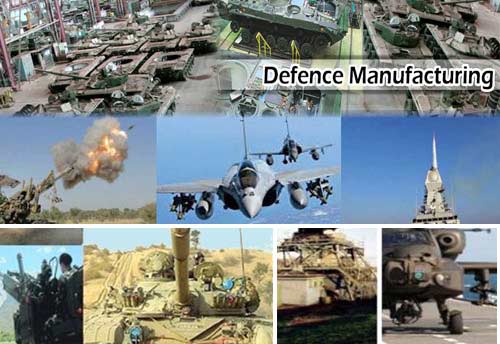 This offers a great opportunity for the Indian defence industry to manufacture these items using their own design and development capabilities to meet the requirements of the Indian Armed Forces. These lists include some high technology weapon systems like artillery guns, assault rifles, corvettes, sonar systems, transport aircraft, light combat helicopters (LCHs), radars, wheeled armoured platforms, rockets, bombs, armoured command post vehicle, armoured dozor and many other items to fulfil the needs of our Defence Services.

SRIJAN portal to promote indigenisation was launched on 14 August 2020. As on date, 10,929 items, which were earlier imported, have been displayed on the portal for indigenisation. The Indian industry has shown interest for 2,890 displayed items so far. DPSUs/OFB are interacting with these industries to facilitate indigenisation of the items as per extant procedures.

DPP-2016 has been revised as Defence Acquisition Procedure (DAP)-2020, which is driven by the tenets of Defence Reforms announced as part of ‘AatmaNirbhar Bharat Abhiyan’.

In order to promote indigenous design and development of defence equipment ‘Buy {Indian-IDDM (Indigenously Designed, Developed and Manufactured)}’ category has been accorded topmost priority for procurement of capital equipment.

The ‘Make’ Procedure of capital procurement has been simplified. There is a provision for funding up to 70% of development cost by the Government to Indian industry under Make-I category. In addition, there are specific reservations for MSMEs under the ‘Make’ procedure.

Procedure for ‘Make-II’ category (Industry funded), introduced in DPP-2016 to encourage indigenous development and manufacture of defence equipment has a number of industry-friendly provisions such as relaxation of eligibility criterion, minimal documentation, provision for considering proposals suggested by industry/individual etc. So far, 58 projects relating to Army, Navy & Air Force, have been accorded ‘Approval in Principle’.

FDI: The Government of India has enhanced FDI in Defence Sector up to 74% through the Automatic Route for companies seeking new defence industrial license and up to 100% by Government Route.

An innovation ecosystem for Defence titled ‘Innovations for Defence Excellence (iDEX)’ has been launched in April 2018. iDEX is aimed at creating of an ecosystem to foster innovation and technology development in Defence and Aerospace by engaging Industries including MSMEs, startups, individual innovators, R&D institutes and academia and provide them grants/funding and other support to carry out R&D which has potential for future adoption for Indian defence and aerospace needs.

Reforms in Offset policy have been included in DAP-2020, with a thrust on attracting investment and Transfer of Technology for Defence manufacturing, by assigning higher multipliers to them.

Government has notified the ‘Strategic Partnership (SP)’ Model in May 2017, which envisages the establishment of long-term strategic partnerships with Indian entities through a transparent and competitive process, wherein they would tie up with global Original Equipment Manufacturers (OEMs) to seek technology transfers to set up domestic manufacturing infrastructure and supply chains.

Government has notified a ‘Policy for indigenisation of components and spares used in Defence Platforms’ in March 2019 with the objective to create an industry ecosystem which is able to indigenise the imported components (including alloys & special materials) and sub-assemblies for defence equipment and platform manufactured in India.

So far, investment of approx. Rs 3,342 crore have been made in both the corridors by public as well private sector companies. Moreover, the respective State Governments have also announced their Aerospace & Defence Policies to attract private players as well as foreign companies including Original Equipment Manufacturers (OEMs) in these two corridors.

An Inter-Governmental Agreement (IGA) on ‘Mutual Cooperation in Joint Manufacturing of Spares, Components, Aggregates and other material related to Russian/Soviet Origin Arms and Defence Equipment’ was signed in September 2019.

The objective of the IGA is to enhance the After Sales Support and operational availability of Russian origin equipment currently in service in Indian Armed Forces by organising the production of spares and components in the territory of India by Indian Industry by way of creation of Joint Ventures/Partnership with Russian Original Equipment Manufacturers (OEMs) under the framework of the ‘Make in India’ initiative.

Defence Products list requiring Industrial Licences has been rationalised and manufacture of most of parts or components does not require Industrial License. The initial validity of the Industrial Licence granted under the IDR Act has been increased from 03 years to 15 years with a provision to further extend it by 03 years on a case-to-case basis.

Department of Defence Production has notified 46 items under the latest Public Procurement Order 2017 notified by Department for Promotion of Industry and Internal Trade (DPIIT), for which there is sufficient local capacity and competition and procurement of these items shall be done from local suppliers only irrespective of the purchase value.

Defence Investor Cell (DIC) has been created in Feb-2018 by the Ministry to provide all necessary information including addressing queries related to investment opportunities, procedures and regulatory requirements for investment in the sector. As on date, 1,176 queries had been received and addressed by Defence Investor Cell.

Technology Development Fund (TDF) has been created under DRDO to promote self-reliance in Defence Technology through the participation of Public/Private industries especially MSMEs and startups.

For the year 2021-22, the allocation for domestic procurement has been enhanced compared to previous years and is about 64.09% i.e. Rs 71438.36 crore of the allocated amount for military modernisation.