Electricity Act likely to be amended in Parliament’s monsoon session 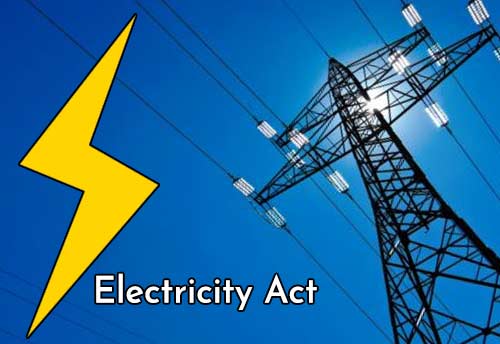 Electricity Act likely to be amended in Parliament’s monsoon session

New Delhi, June 17 (KNN) RK Singh, Minister of Power and New & Renewable Energy said that the government is likely to bring the amendments to the Electricity Act in the monsoon session of parliament.

The upcoming session is expected to start from July 18 and conclude on August 12.

Speaking at an event on Thursday he said that the amendment will have 2-3 added provisions one of them is increasing the penalties on the renewable purchase obligations.

He was addressing the ‘India Energy Transition Summit 2022’, organized by FICCI, jointly with the Ministry of Power, Ministry of New & Renewable Energy and NITI Aayog.

The minister also stated that 205 GW demand for electricity will be the new baseline for India and the demand will not fall below 160 GWs.

“Energy for growth is something which is non-negotiable, and we will not compromise on that. We are the only country which has achieved two of our NDCs well 8-9 years in advance,” he added.

Talking about the future of renewable energy Mr Singh added, “We are the largest and the fastest growing RE capacity and fastest rate of transition in the world. I am certain that we will be able to sell renewable energy with storage at Rs 6.5 -7 and there will be demand for round-the-clock renewable energy even at that rate.”

Speaking on the storage, he said that the government will bring down the price of storage and further add storage. “By and large, our future bids will transform to round-the-clock energy,” he emphasized.