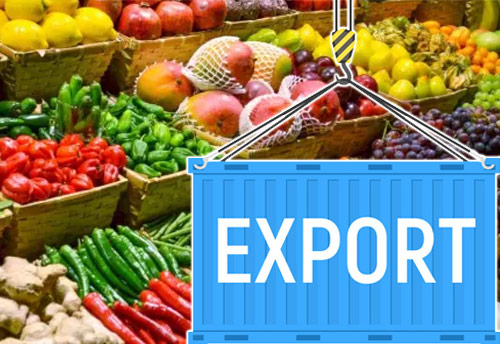 ''Despite COVID-19, balance of trade in agriculture has improved by 42.16 per cent from 14.51 billion dollars to 20.58 billion dollars,'' an official statement quoted him as saying.

''India has been able to take advantage of the increased demand for staples during the COVID-19 period,'' the statement added.

Largest markets for India’s agriculture products are USA, China, Bangladesh, UAE, Vietnam, Saudi Arabia, Indonesia, Nepal, Iran and Malaysia. Exports to most of these destinations have registered growth, with highest growth being recorded for Indonesia (102.42 per cent), Bangladesh (95.93 per cent) and Nepal (50.49 per cent).

''Despite the pandemic, export of fresh horticulture products took place by multimodal mode and consignments were shipped by air and sea to Dubai, London and other destinations from these areas. Hand Holding by the Department for market linkages, post-harvest value chain development and the institutional structure such as FPOs, enabled North East farmers to send their value-added products beyond the Indian borders,'' it said.