For Defence start-ups, govt should focus more on quality than numbers: DISA 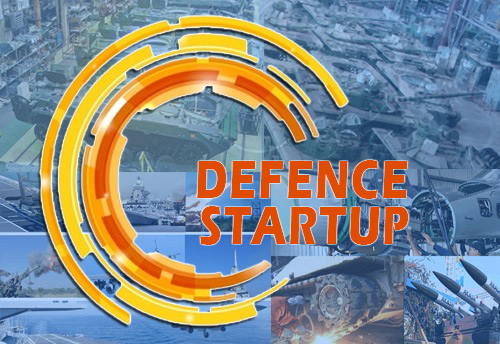 For Defence start-ups, govt should focus more on quality than numbers: DISA

New Delhi, Sep 19 (KNN) Defence Minister Rajnath Singh recently said that the government is planning to double the number of MSMEs from 8000 to 16000 in Defence sector.

‘’For Defence startups we don’t need number, we need quality. The minister and politicians they are more focused on creating volume. Of course size and volumes are important, larger the number of probality that some good companies will come up,’’ said Tipathi.

Elaborating the Government’s initiatives to promote Start-Ups and MSMEs, Rajnath Singh said that at present over 8000 MSMEs are engaged in Defence production. Efforts are on to double this figure to 16,000.

DISA chief however asked that what is the purpose of doubling the number from 8000 to 16000?

When asked whether doubling the number will help or not? He replied, ‘’Defence is a high-tech startup, requires technology and expertise and supply of training and it also requires research and development for the properties and investment. So from 8000 to 16000, what exactly are you going to do with it? What is the plan no one knows."

"They should conduct deep studies and understand the problems inside like dearth of investment. If investment doesn’t come then the business will not come and nobody will then put up shops. All these issues are structural and internal issues so it needs to be addressed rather than increasing the numbers,’’ he asserted.

Under the “Make” procedure, till date 40 industry development proposals have been given in principle approval. Eight such projects would have an estimated value of Rs 2,000 Crore in next five years. As against 215 Defence licenses issued till 2014, the number of Defence licenses issued went up to 440 by March 2019, Rajnath added.

Rajnath said Defence Procurement Procedure was revised in 2016 to stimulate the growth of domestic Defence industry. A new category ‘Buy {Indian-IDDM (Indigenously Designed, Developed and Manufactured’)} was introduced to promote indigenous design and development of Defence equipments. He said in recent times most of the capital procurement approvals by the Defence Acquisition Council were given under indigenous development and production.

The Minister also assured the Defence Manufactures of all possible support from the Government. He said that the government is open to new ideas and is committed to fully harness the energies, entrepreneurship spirit and enterprise of private sector in the defence sector.