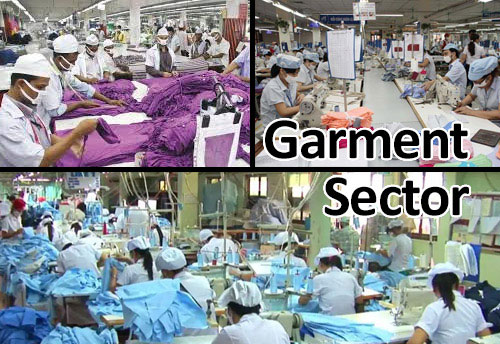 Mumbai, May 8 (KNN) Around 77 per cent MSME engaged in garment manufacturing planning to reduce their staff by more than 25 per cent as domestic garment industries are once again faced with a massive challenge caused by the current wave of COVID-19, said a survey by CMAI.

''The Industry, which went through a torrid last year, was just about recovering at the beginning of 2021, reaching close to 80 per cent of its pre-COVID sales levels. However, the study indicates 55 per cent of the manufacturers achieved less than 25 per cent of their sales during April 2021,'' the survey said.

It further said that uncertainty is looming large for these Manufacturers, as 72 per cent of the respondents have seen more than 50 per cent of their orders on hand being cancelled by their Buyers. This will lead to a huge problem of dead Inventory in the coming months.

What makes the situation more worrying is that as a result of regional lockdowns increasing across the country, 90 per cent of the members believe May to be far worse than April, and 45 per cent not expecting markets to revive before the Diwali Festival. In fact, more than 20 per cent do not see the revival starting before 2022.

According to the survey, the impact on employment is likely to be drastic, with 77 per cent of the respondents surveyed planning to cut up to 25 per cent of their staff in the coming months.

''The Workers themselves seem to have sensed this impending doom, and 64 per cent of the factories have seen more than 50 per cent of their workers returning to their villages whilst fully supporting the various state governments in their measures to control the pandemic,'' it added.

The Clothing Manufacturers Association of India (CMAI) has urged the governments, in particular the governments of Maharashtra and Karnataka – two of the largest clusters of garment manufacturing – to give due consideration to the domestic garment industry as and when they contemplate the opening up of economic activity. It has also urged the government to permit garment factories to operate with 50 per cent of its capacity with immediate effect, but strictly following COVID Protocols.