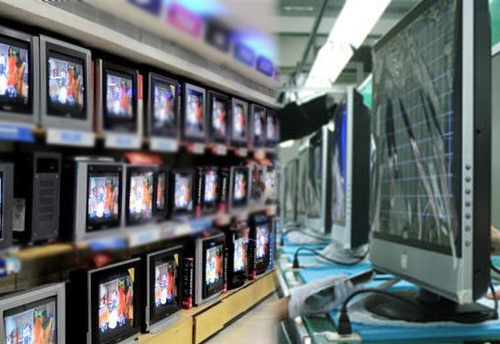 New Delhi, Sep 19 (KNN) The Ministry of Finance has withdrawn 5% customs duty from import of open cell LED TV panel, which are used in the manufacturing of LED Panels and LED TVs.

Speaking with KNN India, ELCINA, Coordinator- Policy and Research, Dr Ashish Saurikhia said, "The move would boost domestic manufacturing of LED TV’s and also help to reduce the price of LED TV’s and panels in the domestic market."

The open cells constitute over 65% of the cost of a LED TV and there is no manufacturer of the same in the country, he added.

He assereted that the high technology and high investments are required for the manufacture of open cells which has not been announced by any manufacturer till now.

On the other hand the import of LED TV’s has seen a remarkable increase through ASEAN countries with which India has signed Free Trade Agreement. This is the most critical component used in LED TV manufacturing accounting for 65-70% of the total production cost, said Saurikhia.

He further mentioned that ELCINA along with other associations were consistently recommending for this withdrawal of BCD from Open cells.

Government has also waived custom duty on import of Chip on Film, Printed Circuit Board Assembly (PCBA) and Cell (glass board/ substrate), which are used to manufacture open cell TV panels.

Earlier Vedanta Group has announced the setting up of this Fab.

ELCINA would also request government to incentivize the setting up of Fab for the manufacture of Open cells in the country, said ELCINA Coordinator.

ESDM industry look this as a delayed but positive development on policy front, this will definitely encourage the manufacture of LED panels and LED TV’s in the country, he added.

He said "We would also request government to review all FTA’s for which India is a signatory as duty free imports from these routes are hampering the prospects of investments in electronics sector."