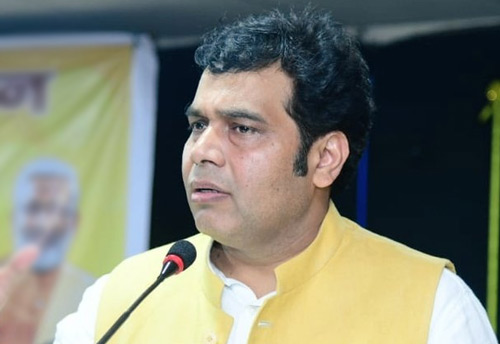 A delegation led by IIA president held a meeting with the minister at Meerut and informed him about these issues starting with around 140 Transformer Repair Industries in the state are non-functional as they are not getting any work from Electrical Distribution Companies (DISCOMs) under Uttar Pradesh Power Corporation Limited (UPPCL).

The IIA President further informed that due to this workers in these industries are sitting idle and many industries are closed or on the verge of closure.

He further said that because of some of the transformers repairers, the whole industries shouldn’t be made victims.

Reacting on the same, the Minister, assured them of taking the necessary actions in this regard and a said discussion will also be held in this regard.

The Minister also assured that the arrangements for the payments will be made on priority to check dwlated payment issue.

In view of the economic slowdown and depleted demands in industries at present, President IIA demanded that the additional electrical security being demanded by all the DISCOMs from Industries should either be deferred for at least 6 months or it may be recovered in 12 equal installments along with the electricity bills.

‘’In the tenders issued by DISCOMs, various restrictive conditions such as minimum turnover etc are applied due to which the small industries are not able to participate in the process. These conditions are against the declared policy of the State & Central Government for promoting and supporting Small Industries,’’ said IIA President to Minister.

Further, IIA President highlighted a comparative chart of the electricity tariffs applicable in UP and the neighboring states which clearly proves that the Electricity Tariff applicable for industries in UP is at its peak.

‘’Due to the high electricity tariff, the power intensive industries will migrate to neighboring states and this situation will be anti-investment drive of the Government. At the same time all other industries in UP will become uncompetitive in the market compared to the industries of other States,’’ he added.

‘’Not allowing Net metering System for installation of Roof Top Solar by Industries by the State Government  is another setback to the Solar Energy targets of the Government, to the environment and the industries in UP. Due to this, installation of Roof Top Solar System by Industries in UP is not viable proposition. I request to Hon’ble Minister to change the decision in public interest, ’’ he concluded.