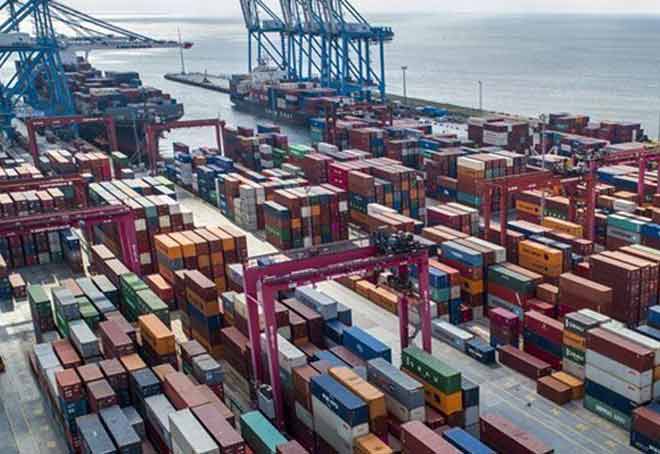 New Delhi, Oct 4 (KNN) As per the preliminary data released by the Ministry of commerce and Industry on October 3, India’s exports dropped 3.52 per cent to USD 32.62 billion in September as against USD 33.81 billion in the same month in 2021.

The trade deficit for the month stood at USD 26.73 billion.

India’s imports during September grew by 5.44 per cent to Per cent 59.35 billion as against USD 56.29 billion in September last year.

The services exports are doing very well and on the services front, there is a boost coming from the travel segment as tourism has picked up in a big way, Reserve Bank of India Deputy Governor Michael Patra had said earlier.

Meanwhile, India's economic growth is expected to decline to 5.7 per cent in 2022 from 8.2 per cent last year, a top UN agency projected on Monday, citing higher financing cost and weaker public expenditures.

“India experienced an expansion of 8.2 per cent in 2021, the strongest among G20 countries. As supply chain disruptions eased, rising domestic demand turned the current account surplus into a deficit, and growth decelerated," the report said.