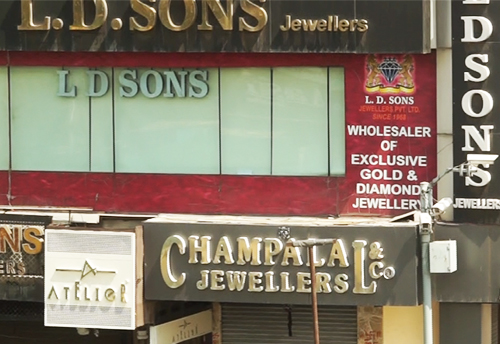 Kohlapur, Mar 29 (KNN) A large number of gold traders and jewellers continued their strike for the 28th day on Tuesday protesting against the proposed one per cent excise duty on non-silver jewellery in the Budget.

Ashok Rupani, one of the jewellers from Kohlapur, Maharashtra told KNN that the strike would continue till 8th April and if required will continue more.

Most jewellery shops and establishments in the country are shut since March 2 after finance minister Arun Jaitley announced one per cent excise duty on non-silver jewellery.

Kohlapur is one of the major jewellery making hub of the country and no business is taking place there, as a result many small artisans and micro entrepreneurs, who are at the bottom of the pyramid, are not being paid.

Another jeweller HS Kelkar from Kohlapur said that nobody in this country has rolled back the strike and all are rumours.

This is the wedding season and we are not doing our business, he said adding that the traders would agitate till the date their demands are meet. (KNN Bureau)