Khadi half yearly retail jumps by 3.44 cr from previous year 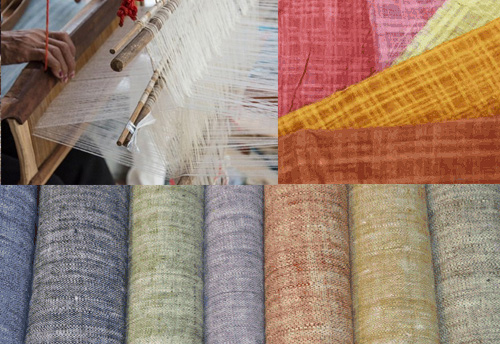 Khadi half yearly retail jumps by 3.44 cr from previous year

New Delhi, Nov 8 (KNN) Khadi and Village Industries Commission (KVIC) has recorded a higher sale of Rs 3.44 crores, according to a release.

''It is quite commendable that KHADI INDIA CP Store has not only been able to sustain, but also registered a higher sale of more than 10%, although in Khadi sector April to September is considered as slack period,'' said VK Saxena, Chairman KVIC.

Expressing satisfaction on the performance of the store, Saxena said, “it was due to the consistent appeal by the Hon’ble Prime Minister Narendra Modi, and various design interventions made by KVIC during the recent years.”

Besides the retail sales, the store has also created a sort of a history in the Gift Coupons sale in India. KVIC had introduced Gift Coupons Scheme in August 2016, and in little over three years, sold Gift Coupons worth more than Rs. 89.32 Crores.

The Khadi Gift Coupons were passionately purchased by corporates, general public and PSU’s so far. KVIC has sold 2,25,804 number of coupons, of various denominations that is Rs 100. Rs 500, Rs 1000 and Rs 5000, in which the major buyers were ONGC, IOCL, REC, BEE, GAIL etc.  The sale of 2,25,804 number of coupons has given an additional footfall of minimum 5 lakh people in Khadi stores.

''It is indeed overwhelming to witness the transformation of our national fabric, Khadi becoming a part of the day-to-day lifestyle and culture of India. People are becoming more environment sensitive and are opting to buy environment friendly products. This is one of the primary reasons why, when top brands are striving hard to sustain their existence, Khadi is continuously following the trajectory of growth,” said Saxena.