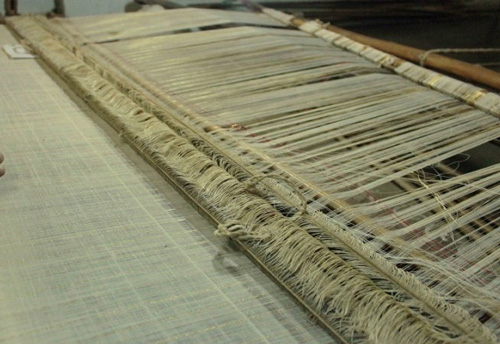 Mumbai, Aug 23 (KNN) Under the leadership of Prime Mnister Narendra Modi, Khadi’s average growth, which was 6.18% in 2014 has jumped to 28% in the year 2019. Total turnover of Khadi has also increased from Rs 889 crores to Rs 3215 crores, said Vinay Kumar Saxena, Chairman of Khadi Village Industries Commission (KVIC).

Speaking at the 20th Lakme fashion Show organized by KVIC, Mumbai under Ministry of MSME and Lakme Company, he said “Khadi as well as village industries are making steady progress. We have lots of designers, skilled workers among us. The new promotion and marketing policy introduced by central government is very effective.”

He stated “Khadi is a heritage, it has unique eco- friendly nature and comes with vivid fabric qualities, It is a gift by Mahatma Gandhi and it is making steady progress under Prime Minister Narendra Modi.”

Even today after 72 years the fabric continues to inspire and amaze creative minds across all international borders. Known as the ‘Fabric of India’, Khadi has proven to be culture in itself, one that truly exhibits the pride of the country’s achievements, he further added.