No sort of communication from govt side, says NASVI over ‘indefinite dharna’ 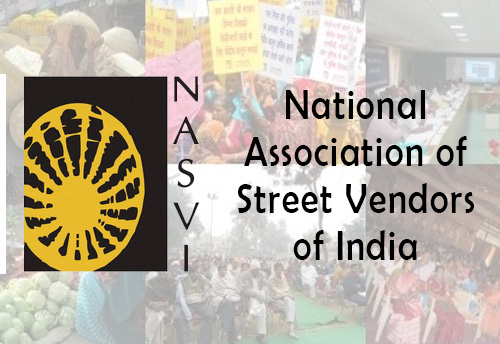 No sort of communication from govt side, says NASVI over ‘indefinite dharna’

New Delhi, Nov 18 (KNN) After four days of the ‘indefinite dharna’ which began on November 13th under the leadership of National Association of Street Vendors of India's (NASVI), it seems that authorities are rarely bothered about the concerns of the Street vendors, alleged the apex body for street vendors.

The vendors have decided to continue with their indefinite dharna at the Civic Centre on Monday also until the Municipal Authorities accept the demands put forward by the vendors.

While interacting with KNN India, Samridhi Uniyal, Legal Adviser of NASVI said, ''there is no sort of communication from the government side regarding the strike. We had a meeting with theirs PA, apart from that nothing else.''

'' Today also we are protesting as nothing fruitful has come out so far. No, assurance neither any development being made from the government side,'' she said while responding a question that strike will be further extended or not?

The vendors began the demonstration on November 13 and since then it has been a continuous struggle given the reluctance on the part of the Authorities.

The vendors successfully continued their agitation on November 14th and 15th.

The vendors vow not to move until the Authorities recognize the urgency of their issues in the capital city and expect to be joined by their fellow vendors in big number tomorrow.

The streets vendors demands are like Restore the evicted markets, no eviction until the survey is completed, do not decide on the street vending issues without the recommendation of the TVCs and Delhi government should establish the Grievance Redressal and Dispute Resolution Committees immediately.

Enough humiliation has heaped on the vendors and its time that their rights enshrined in the Constitution and the Act are secured for good. The vendors are collectively struggling to get the attention of the Government and other Authorities by the means of these continuous protests and it won’t come to a halt until they get the results.