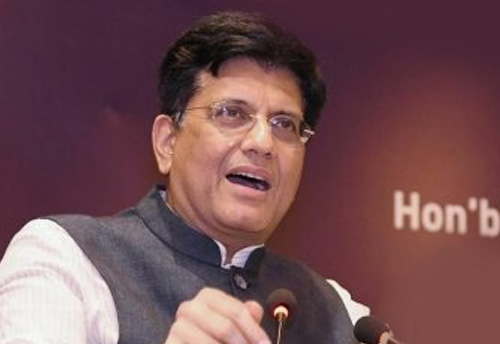 New Delhi, Oct 18 (KNN) Union Minister of Commerce and Industry Piyush Goyal has assured the Confederation of All India Traders (CAIT) and said that government is probing  Amazon and Flipkart over the alleged predatory pricing.

In an extensive deliberation held with Union Commerce Minister Piyush Goyal on Thursday, Praveen Khandelwal, Secretary General of the CAIT said, ''Goyal assured that issue of unethical trade practices by E Commerce portals, as raised by CAIT, are on the priority and the Government is examining very closely such issues and subsequent charges levelled against Amazon and Flipkart.''

''The Government is committed to ensure an even level playing field and fair competition in e commerce market of India and no one will be allowed to rise above the law and policy. E Commerce is future business model from the point of view of both traders and consumers and therefore how Government can shut its eyes if there is any violation of its own policy. Days have gone when laws and policies of the Government were allowed to be abused and now its Modi Government which has high respects of the laws and policies and as such everyone has to fall in line to follow FDI policy in e commerce policy,'' a press note from CAIT quoted Goyal as saying.

The CAIT last week, in a meeting with Commerce Minister, levelled charges of predatory pricing, deep discounting and loss funding by investors of Amazon and Flipkart which enables them to cut down the prices drastically. The CAIT also charged both companies for controlling the inventory and influencing the prices much against the FDI Policy of the Government duly clarified in 2018 through an official Press Note.

However, Goyal further said that the traders of the Country should also upgrade and modernise themselves and must embrace the modern business technology. He said that traders across the country should adopt and accept digitalization and it will be more appropriate if they also adopt e commerce as an added business venture besides their having physical stores which will not only result into exponential growth of business but will also provide them a wider market both domestic and global.

The national traders body CAIT had in a letter on Monday urged Goyal to order an audit into the business model of all e-commerce firms and the foreign-owned Amazon and Flipkart in particular. In the letter, CAIT also said since Amazon and Flipkart claim that individual brands are offering discounts, government should convene a meeting with major brands to ascertain the truth.