Science, Tech should be connected to MSMEs 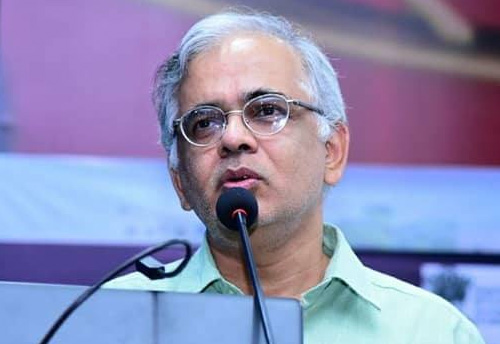 Science, Tech should be connected to MSMEs

Hyderabad, Nov 11 (KNN) Coordinators and representatives of Micro, Small and Medium Enterprises (MSME) participated in a two-day conclave organised by the Department of Scientific and Industrial Research (DSIR).

To mark the fifth anniversary of the establishment of Common Research and Technology Development Hubs (CRDTH) next month, the two-day conclave was organised at CSIR-Centre for Cellular and Molecular Biology (CCMB) at Habsiguda.

While speaking at the press conference, Shekhar C Mande, Secretary, DSIR and Director General of Council of Scientific and Industrial Research (CSIR) said that MSMEs provide 60% jobs across all sectors in the country and it is important to connect them to deep science and technology.

Lauding the CRTDHs, he further said that the later provide access to the technology and infrastructure in labs at public-funded institutions such as the CCMB and Indian Institute of Technology-Kharagpur.

Apart from MSMEs, startups and innovators also incubate ideas in the hubs. The CRTDHs operate on a cost plus non-commercial basis and are evolving a business model for self-sustainability.

CCMB Director Rakesh Mishra said they help the MSMEs and startups to meet consultants and investors. Earlier, only findings of research at the CCMB were developed into products. Now, the ideas are incubated in the hubs.