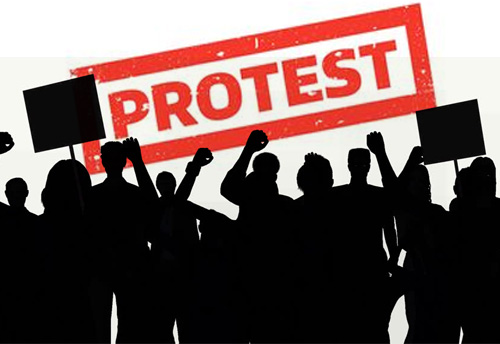 New Delhi, Oct 17 (KNN) Peeved with continued harassment and eviction across Delhi, National Association of Street Vendors of India (NASVI) will be organizing a massive protest at Civic Centre on Monday.

Arbind Singh National Coordinator NASVI, said that 19 years have passed since the Municipal Corporation issued the last Tehbazaari. He added that in 2004 a National Policy on Urban Street Vendors was adopted by Government of India which was notified by the MCD in 2007. However, no applicant was given any licence.

''Five years have passed since the Street Vending Act 2014 was enacted by Parliament and not a single certificate of vending has been issued through blame game of Delhi Government and Municipal bodies. The fact remains that  Manoj Tiwari, Delhi BJP President had promised before municipal election that the licenses will be issued,'' he said in a press release.

NASVI has following demands like, The Municipal Commissioner should give a written order to his DC (who is the chairman of TVC) that the vendors should not be removed and their goods should not be seized unless the survey and location are identified under Section 3(3) without the decision of the TVC.

The High Court must settle the cases of the aggrieved vendors within one month. Despite the stay order of High Court with the vendors of Jama Masjid, they have been removed so allow them to conduct their business without any delay.

In Karol Bagh, street vendors have been removed in the name of beautification. We can also help in beautification; we should also be allowed to setup shops with beauty.

Apart from these, NASVI also seeking that Vendors should be allowed to restart their business in Lajpat Nagar. Whichever market has been demolished in Delhi, it should be restored.

Notably, while speaking to KNN India on October 7th, over the security of street vendors during the festive season, Singh alleged that the Street Vending Act, 2014, which provides legal protection to street vendors and hawkers is still on papers rather than to be implemented on ground.

"It is still on papers, completely on papers. As per the act, the eviction is not allowed till the time Town Vending Committee (TVC) is not formed to conduct  survey  and accordingly gives out the licences to the vendors but these things are not being followed,'' he had said.