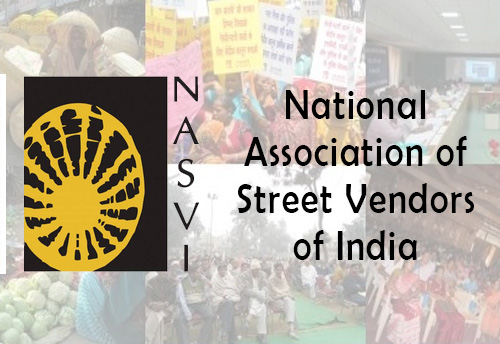 New Delhi, Nov 19 (KNN) After demonstrating at the Civic Centre for four days, under the leadership of National Association of Street Vendors of India's (NASVI), the vendors finally got a sigh of relief when they were called in to meet with the Municipal officials.

The vendors have decided to suspend the agitation based on the assurance received by the municipalities on working on the demands put forward by the vendors.

''The Municipal Authorities have assured that all the above mentioned issues shall be taken up and will be deliberated upon. The North Municipal Commissioner Varsha Joshi shall meet tomorrow while the Additional Commissioner of South MCD will call meeting of DCs,'' NASVI said in a press release.

''While this is a welcome decision and the vendors are grateful that their issues are being acknowledged by the concerned Authority. It is needless to say, that if the Municipalities fail to deliver, the vendors shall resort to the dharnas again and on a higher level,'' NASVI added.

NASVI had decided to sit on an indefinite dharna (Strike) at the Civic Centre from November 13th as the Authorities in Delhi didn't respond to their previous agitation on October 21st.