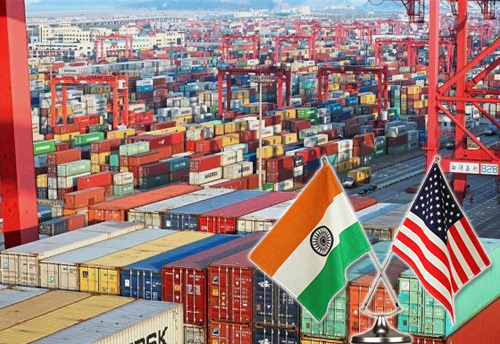 New Delhi, Oct 8 (KNN) The Union Commerce & Industry and Railways Minister, Piyush Goyal has invited American businesses to and look at India as their next investment destination.

While addressing to the India Chamber of Commerce USA's Summit on Global Financial & Investment Leadership on Wednesday he said that the Indian Government is committed to being bold, open, and change.

The minister said that we are at the cusp of a very enduring relationship. He said that the US & India have a long journey ahead of us working together leveraging on huge reform measures that Prime Minister, Narendra Modi has taken under Aatmanirbhar Bharat.

He said that the potential between the US & India is boundless. “We are partners who trust each other & we can make rapid strides to provide a trusted source to American businesses to work with a country which is transparent where there is rule-based trading & dialogue.

The Minister said that India today is moving out of the past into a mindset of high-quality products, greater global engagement, and greater share of world trade. He said that this isn't time for a conservative approach, it's time for bold decisions & bold investments.

The minister said that the Modi Government has a very holistic approach. “We are moving from red-tape to red-carpet. We are moving out of the shackles of the past into a more open & liberal foreign investment destination. As the Prime Minister has said, "We have to take the Indian economy out of command & control & take it towards plug & play."

He informed “India is undertaking efforts to reform the Indian systems of Governance, policies & laws around mining, space technology, defence, banking, financial sectors, and labor & agriculture reforms. We are looking at logistics reform to bring down the cost of logistics. We are doing several tax reforms. We have insolvency laws in place. India's corporate tax is amongst the lowest in the world.”

He said that a great reflection of India-US relation is the bilateral discussion that US Secretary of state M.Pompeo & Indian Foreign Minister SJ Jaishankar had in Tokyo on the sidelines of the QUAD & the fact that 3rd India-US 2+2 dialogue is expected to take place later this month on 26th & 27th October.