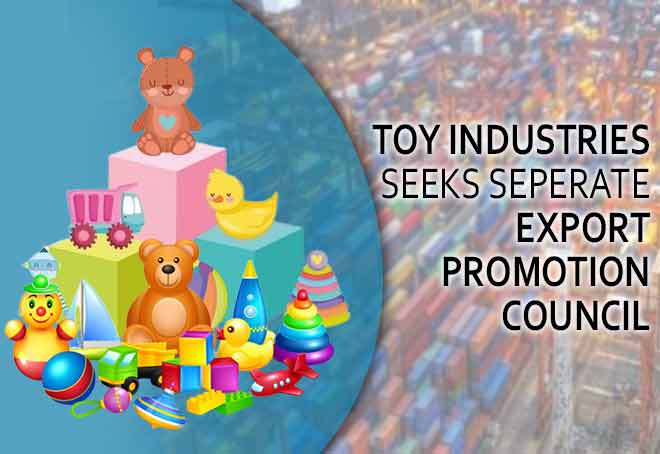 The Industry is also seeking a Production Linked Incentive (PLI) scheme for the sector. Currently, the PLI scheme covers 14 sectors like pharma and white goods and aims to boost domestic manufacturing and exports.

Speaking about the industry’s demands, Little Genius Toys Pvt Ltd CEO Naresh Kumar Gautam said although support measures announced by the government are helping the industry, the PLI scheme and a council would give further impetus as it holds huge potential for the creation of jobs.

To support the sector, the centre has already increased import duty from 20 per cent to 60 per cent, introduced quality norms and mandated sample testing of each consignment and had no permission for sale unless the quality testing is successful.

"At present, the toy industry is going through its golden period. The support measures are helping in bigger ways. But I would like to request the government to include the toy sector in the PLI scheme and set up a separate export promotion council that would provide an added impetus to us," Gautam said.

He added that the government should also consider formulating a national toy policy to give directions for future growth, reports the economic times.

Ministry of Textiles has identified 13 clusters across the country for the overall development of cluster artisans. These are located at Channapatna, Kinhal, Kondapalli, Etikopaka, Nirmal, Tanjore, Cudappah, Varanasi, Chitrakoot, Jaipur, Dhubri, Bishnupur and Indore.

The Indian toy industry is in its golden period. The government is taking all the efforts it can to help the industry grow and mark its place on the global stage.  (KNN Bureau)