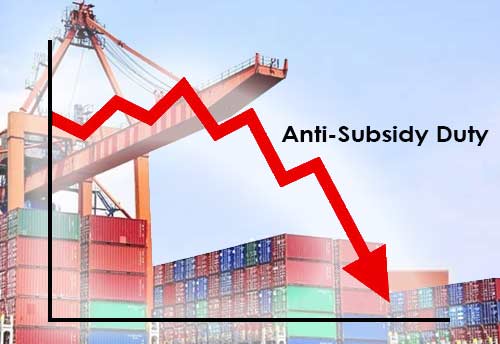 New Delhi, Jan 25 (KNN) The cross investigation conducted by Trade Defence Wing (TDW) of Directorate General of Trade Remedies (DGTR) has led to the imposition of minimal duty rates ranging from 3-6 per cent only.

This is according to the majority of the preliminary and final findings issued during April–December 2021, by other investigating authorities on CVD Investigations/ Reviews conducted on the exports from India.

It was through active intervention by TDW as consultant which resulted in in imposition of duty margin as low as 0.45 per cent on stainless-steel cold rolled products by the European Commission, said the official press release.

Similarly a preliminary duty of 2.82 per cent was imposed by USA as against 11.67 per cent imposed earlier on Polyethylene Terephthalate film, sheet & strip from India.

The DGTR has taken these steps to address the needs of Indian exporters by conducting investigations against dumped and subsidised imports.

It also protects domestic exporters from other countries who are conducting investigations against Indian exports.

The TDW was established in the year 2016, and has been the nodal point for extending support and defending the interests of Indian exporters in investigations undertaken by other countries against India.

The TDW was established in the year 2016, and has been the nodal point for extending support and defending the interests of Indian exporters in investigations undertaken by other countries against India.

The TDW coordinates with various departments of the Central as well as the State Governments and presents India’s defence.

Consultations with investigating authorities of other countries, particularly USA and EU authorities, are regularly held to explain, reiterate and drive home the standpoint of the Indian government.

The Trade Defence Wing (TDW) has been constantly striving to ensure that minimal or no trade remedial measure is applied on Indian goods by other countries.