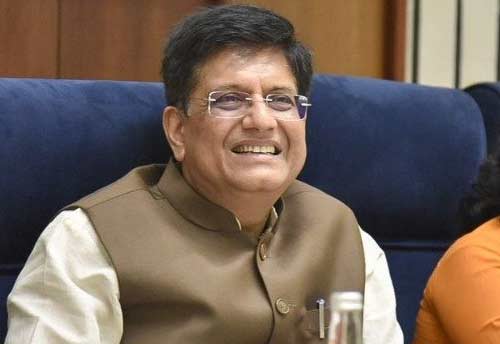 New Delhi, May 10 (KNN) Commerce & Industry and Textiles Minister Piyush Goyal has called for a stakeholders meeting on May 17 to deliberate on the issue of rising prices of cotton and yarn, and find possible solutions collectively.

Several cotton-based textile and garments industry producers have urged the government to ban its export of cotton and garment exporters in Tirupur have announced to go on a six day strike from May 16 against hike in prices of cotton yarn.

Speaking exclusively with KNN, Animesh Saxena, MD of Neetee Clothings Pvt Ltd based in Gurugram and Past President of industry body Federation of Indian Micro and Small & Medium Enterprises (FISME) said despite removing import duty on cotton the prices have increased due to hoarding which should be clamped down. It’s a serious issue and government must consider imposing a temporary ban on cotton yarn exports.

Expressing concern in the international market, Saxena said that India is losing the orders to its competitors who have a stabilised domestic market.

Tirupur Exporters Association (TEA) president Raja N Shanmugam informed KNN that they have appealed to the Union government to ban cotton and yarn exports immediately till the time prices stabilize.

Shanmugam said, “Export of cotton and yarn should be banned immediately to bring in required supply support to down line industries specially MSMEs”.

To help retain India’s garment export hold on the global market, garment export organisations have been seeking help from the government, including a short-term ban on export of cotton yarn.

The Apparel Export Promotion Council (AEPC) has suggested government to encourage exports of value-added products like apparel instead of exporting raw material such as cotton and cotton yarn.  (KNN Bureau)