USA top export destination for Indian engineering goods in May 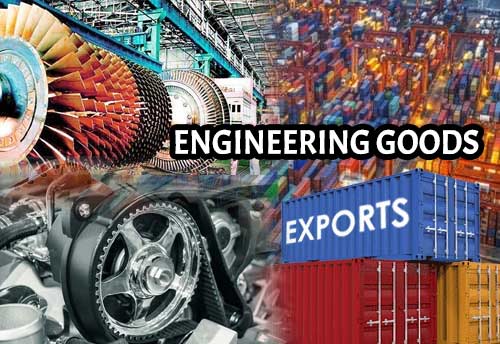 USA top export destination for Indian engineering goods in May

Kolkata, June 24 (KNN) During May 2022, USA stood as the top export destination for engineering goods from India, as per Engineering Export Promotion Council (EEPC) of India.

The export body for Indian engineering goods said that there was a 52 per cent on-year decline with regards to shipments to China.

A positive growth has been recorded by as many as 18 out of the 25 major markets for Indian engineering goods last month.

India’s total engineering exports stood at USD 9.79 billion in May as against USD 8.62 billion a year ago, registering a rise of 13.5 per cent, EEPC said.

The council said that according to export data of iron and steel and its products rose 16 per cent in May to USD 2.63 billion as compared to USD 2.26 billion.

The trend in exports of non-ferrous metals and products were also positive during May with the total exports rising 21 per cent year-on-year to USD 1.31 billion, it added.

Shipments to the US surged 63.2 per cent on-year to USD 1.81 billion in May as against USD 1.11 billion in the corresponding month of the previous year. Among other countries which recorded positive growth in imports from India in May include Germany, Singapore, UK, Italy and Thailand.

China registered a decline of 52 per cent in May to USD 217.4 million as compared to USD 451.7 million in the same month last year, the export body said.

However, EEPC has expressed concerns over the Russia-Ukraine war which has severely hampered shipments to CIS nations and that may have some ripple effect on the global economy. (KNN Bureau)