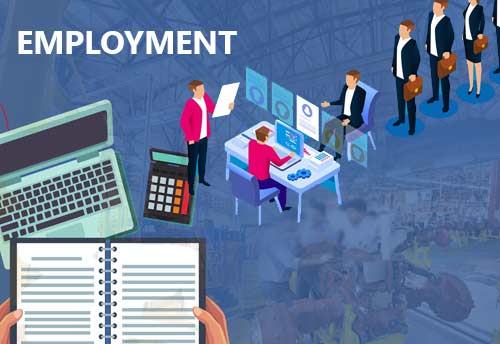 Vijayawada, Feb 10 (KNN) In order to provide employment to the residents near their habitation Andhra Pradesh government has decided to develop  mini industrial estates and MSME parks near Jagan Anna housing colonies.

The project is aimed at implementing the ‘walk to work’ concept providing employment to the residents near their habitation.

Allocating sites for housing colonies in Vijayawada city and other urban areas has become a problem and the authorities identified lands around 10-15 kilometers away from cities and towns.

District administration has directed the industries department to set up units of MSMEs like garments industries, biscuit factories, baking units and others to provide employment to the colony residents.

Krishna district administration developed layouts at Nunna, Surampalli, Kondapavuluru, Velagaleru and other villages near Vijayawada and allocated plots to the beneficiaries.

Despite infrastructure facilities, beneficiaries are hesitating to start construction at the layouts. They fear shifting to there may cause loss of employment as colonies are very far from their workplaces in Vijayawada.

Around 7,400 plots were allocated to beneficiaries at Nunna urban and rural layouts in which construction of around 1,226 houses has already started.

“We are actually developing new cities where around 8,000 to 12,000 families reside. We are now focusing on improving economic activity near the colonies. Similarly, industries will be set up at the colonies so that both men and women get employment opportunities,” district collector Nivas said.

He further said the colonies will be connected to the regional ring road which is under construction from Chinna Avutapalli to Chinnakakani in Guntur district. (KNN Bureau)