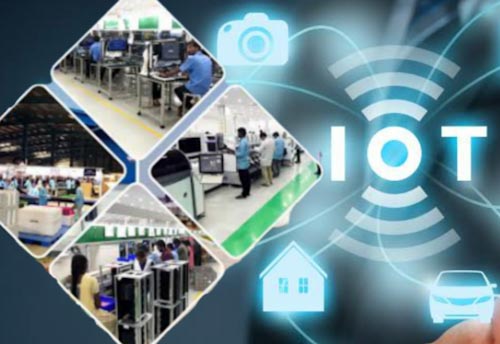 Vijayawada, Jun 8 (KNN) In order to improve the performance of Micro Small and Medium Enterprises (MSMEs) post lockdown, the Andhra Pradesh government is planning to introduce power monitoring devices equipped with Internet of Things (IoT) technology for the units.

The government is contemplating the introduction of the Internet of Things (IoT) to enable power factor control devices in MSME units here.

During a webinar on Sunday, Energy Secretary N Srikant discussed the modalities of the project with the officials of State Energy Conservation Mission (SECM), National Productivity Council (NPC) and Indian Institute of Technology - Hyderabad (IIT-H).

The State Energy Conservation Mission (APSECM), National Productivity Council (NPC) and IIT-H have joined hands to introduce the novel low-cost IoT based devices in MSME units which would help save an estimated 11,000 units per annum in the MSME clusters.

“The IoT project aims at increasing the production rate of MSMEs by reducing the power outage time and technical losses in the system,” a release issued by the SECM said.

The NPC officials said the device supports real-time monitoring of various electrical parameters and communicates the information to the cloud allowing them to go for proactive maintenance of power supply within the units.

“The government is taking multiple initiatives in the field of energy efficiency. It has attached the highest priority to the MSME sector which plays a crucial role in the economy,” said Srikant.

He suggested to SECM CEO A Chandra Sekhar Reddy to organise a State-level meet on IoT with the co-ordination of the Industries Department for taking the project forward.