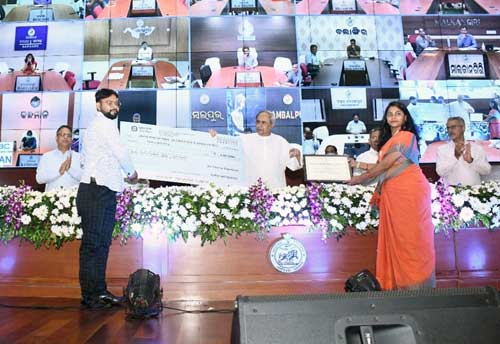 In view of maximum overall lending to priority sector State Bank of India and Indus Ind Bank received an award.

Addressing an event Lok Seva Bhavan CM Patnaik said, “Under the annual credit plan for 2021-22 all banks have disbursed credit of Rs 1.03 lakh crore and achieved more than 93 per cent of the target despite the pandemic.”

He hoped that all the districts and banks should strive hard to achieve their respective annual credit targets.

“The banks should also make efforts for better credit linkage in all the three priority sector areas, he added.

Emphasising on the government’s high priority towards protecting the interest of the vulnerable and disadvantaged groups, he said that there is a need to support farmers, Mission Shakti group members and MSMEs.

He also urged bankers to focus on increasing the average size of loan for Mission Shakti groups.

In lending to Mission Shakti Groups, State Bank of India Kantabanjhi Balangir got the first prize, SBI Dunguripalli Subarnapur received the second prize and SBI Malkangiri got the third prize.