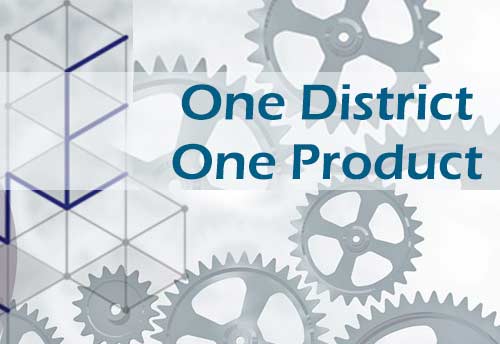 New Delhi, Jan 25 (KNN) The Director of Department for Promotion of Industry and Internal Trade (DPIIT), B. Ramanjaneyulu has urged the Industries Departments from all States and Union Territories to make sure that the One District One Product (ODOP) initiative is implemented successfully to attain the goal of Aatmanirbhar Bharat.

He said this during a State Conference organised by DPIIT on Friday under the ODOP Initiative highlighting the success stories in states of Uttar Pradesh, North East and J&K (union territory) in promoting products.

Sumita Dawra, Additional Secretary, Department for Promotion of Industry and Internal Trade (DPIIT) chaired the conference as she spoke about the the successful activities undertaken under ODOP so far and best practices across the states.

Principal Secretaries and other key officers of the Industries Departments of all States were also attended the event.

In similar events other states will get the opportunity to participate at an international level, she said.

Navneet Sehgal, Additional Chief Secretary, Micro Small and Medium Enterprises (MSME) and Export Promotion, Uttar Pradesh presented the success of the UP ODOP Model wherein artisans and producers from all districts of the state have been promoted and assisted under One District One Product (ODOP).

For the state of Tripura, Swapna Debnath, Additional Director, Dept. of Industries and Commerce, Tripura outlined a roadmap for ‘Promoting remote districts and boosting local economy’.

They also spoke about the next stage which is to  promote product development and exports from all the 8 districts of Tripura.

Following the presentations from the States, the ODOP Initiative being facilitated by Invest India under DPIIT made a presentation on the scope of work under ODOP, the activities undertaken so far, and the way forward in fostering the vision of balanced regional economic development.

Invest India highlighted some of the existing stories of economic empowerment through trade facilitation, capacity building and product development.