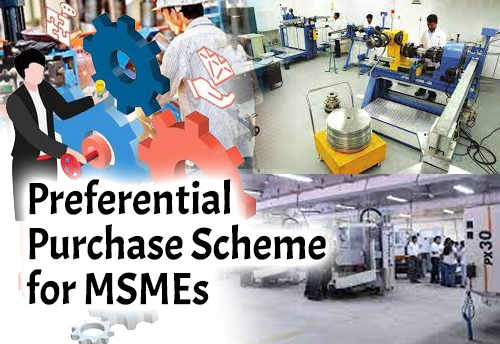 Panaji, July 2 (KNN) The government of Goa on Friday announced a five-year preferential purchase scheme for micro and small industries.

Manufacturing units and service sector MSMEs situated in Goa and registered with the directorate of industries, trade and commerce are only eligible to avail the scheme.

Titled as the ‘Preferential Purchase Incentives for Micro and Small Enterprises Scheme, 2022’  the scheme will take the place of a similar scheme introduced in 2008 and later lapsed in March 2021.

Demanding an additional three year extension of the scheme introduced in 2008, the Goa Chamber of Commerce and Industry (GCCI) had sent in the recommendation in a letter to the government.

The details of the scheme are available at https://www.goa.gov.in/wp-content/uploads/2019/10/preferential-purchase-incentive-for-micro-and-SSE-scheme.pdf