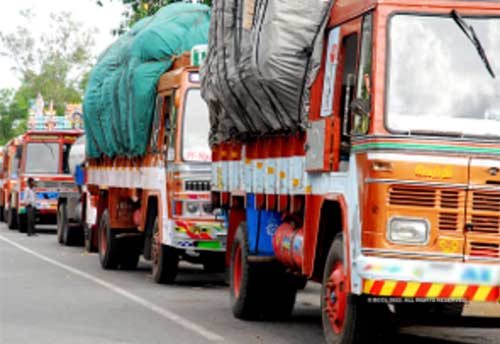 Gandhinagar, 14 Jan (KNN) The Gujarat High Court has ruled that goods in transit cannot be confiscated under Central Goods & Services Tax (CGST) Act on grounds of wrong route or under-valuation.

An arecanut seller and a truck owner were the petitioners who moved to court after the vehicle and goods were seized.

Tax officials listed two issues for confiscation. According to them, first, it was travelling to the different direction away from its original destination, as reported in BussinesLine.

So it is clear that the goods were not moving to the place destined for. Hence, it appears that the goods are being transported with intention to evade tax.

Second, the value of goods being transported is shown INR 286 which is low compared to its Real Market Value ie INR 330.

A Bench of Justices JB Pardiwala and Nisha M Thakore, went through all the submissions and after hearing al the arguments and said that there cannot be any mechanical detention of a consignment in transit solely on the basis of the two reasons – wrong route and undervaluation.

“We find that merely the direction preferred by the petitioners for delivery of consignment to the place destined for, an inference cannot be drawn with regard to the intention of the petitioners to evade tax. So far as the second ground as held by this Court as well as other High Courts, it is a settled legal position that undervaluation cannot be a ground for seizure of goods in transit by the inspecting authority,” the Bench said in a recent ruling.

It clarified it has quashed the entire confiscation proceedings keeping in mind two things: first, mere change of route without anything more would not necessarily be sufficient to draw an inference that the intention was to evade tax.

Sometime, change of route may assume importance provided there is cogent material with the department to indicate that an attempt was sought to be made to dispose of the goods indirectly at a particular place.

“If such is the case, then probably, the authority may be justified in initiating appropriate proceedings, but mere change of route of the vehicle by itself is not sufficient. In the same manner, mere undervaluation of the goods also by itself is not sufficient to detain the goods and vehicle far from being liable to confiscation,” the Bench said.