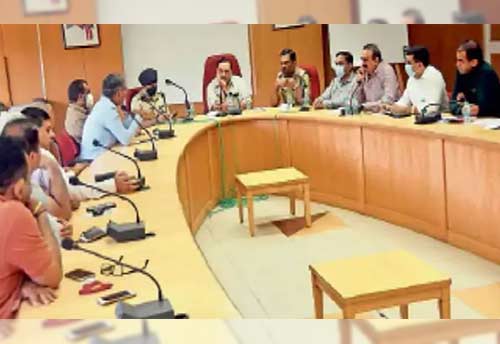 New Delhi, Sept 20 (KNN) Industries in Haryana affected by the yearlong blockade by farmers may look for some respite.

Acting on the instructions given by the Supreme Court for opening up highways around Delhi, the Committee set-up by Haryana government met the industry representatives at Chhotu Ram University, Murthal on 19th Sept 2021.

The Committee headed by Additional Chief Secretary and Home Secretary Rajeev Arora having a reputation of being an efficient administrator, is to discuss with agitating farmers on one-side opening of GT road at Kundli.

“We informed the Committee members about the colossal losses to Industries due to this agitation estimated to be over Rs 10,000 crores and about our physical and mental stress as 4-5 hours are wasted daily in taking detours to reach our factories form Delhi”, told Mr. Rakesh Chhabra, President of Rai Industries Association and vice President of FISME- one of the four industry representatives the panel met.

Besides about the current problems due to agitation the Chairman of the Committee also enquired about other difficulties entrepreneurs faced in transporting goods to and from Haryana.

“He listened to us carefully and asked the Administration to repair all the seven roads that we are using for commuting to Delhi from Rai. He also asked about the other problems we are facing due to Agitation like the availability of labour, staff, transportation of goods, the total production loss due to Agitation”   Raj Kamal Jindal and Manoj Arora other representatives from the Rai Industrial Area told KNN.