HP govt committed to make state an ‘Industrial Hub’ of the country: CM 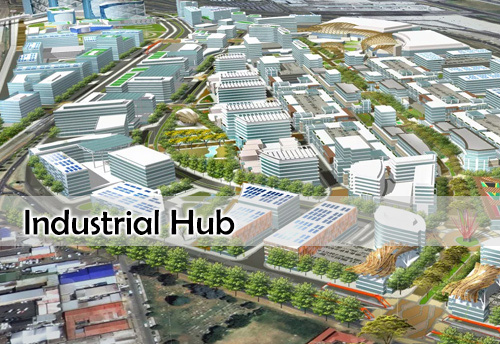 HP govt committed to make state an ‘Industrial Hub’ of the country: CM

Chandigarh, Aug 14 (KNN) Himachal Pradesh Government is committed to make state an ‘Industrial Hub’ of the country for which it is providing several incentives to the potential entrepreneurs, said Jai Ram Thakur, State’s Chief Minister.

He was addressing the Domestic Road show under the Rising Himachal Global Investor's Meet organized by the Himachal government in association with the CII, Himachal at Chandigarh.

As many as 25 memorandum of understanding (MoUs) worth Rs 5000 crore were signed with various industrial houses in presence of the Chief Minister during the road show.

The state received good response in the sectors like manufacturing, food processing, pharmaceutical and tourism.

In Netherlands, majority of the investors were interested in food processing, dairy, MSME, research, tourism and wellness and in Dubai, companies showed interest in manufacturing, sports, food processing, logistics, urban development and tourism, he added.

He said that the state government also had meeting with the Ambassadors from 50 countries during Curtain Raiser to the Global Investors meet in Delhi and invited them for the investors meet.

Thakur said that the State is ranked 1st amongst Indian states in sustainable development goals implementation.

The Chief Minister said that the State was ranked top amongst Fast Movers Category in Ease of Doing Reforms and the Single Window Monitoring and Clearance Authority reflects our strong commitment to ensuring efficiency, transparency, timeliness and accountability in providing services to investors.

Being a major producer of fruits like apple, plums, apricots, kiwis, walnuts and pears, the State offers abundant opportunity for food processing and allied industries. Himachal offers attractive incentives like concessions/ rebates on fixed land rate, stamp duty, registration fee, SGST reimbursement, transport subsidy within the state under the industrial investment policy to boost investment in the State, he added.

He said that the state government is also coming up with investor friendly policies in sectors such as tourism, AYUSH, IT and electronics and hydro energy.

Industries Minister, Bikram Singh said that the state had a dedicated Investment Promotion and Facilitation Centre that acts as a centralized on spot solution for investors and provide complete hand holding support in a structured, focused and impressive manner.