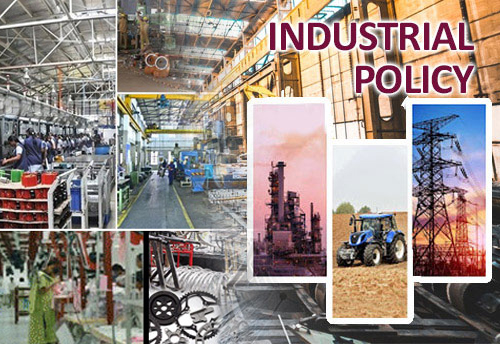 New Delhi, Jun 12 (KNN) In the new Jharkhand Industrial and Investment Promotion policy the government has increased the incentives including the capital subsidy which will benefit the MSME sector as well, said Jitender Kumar Singh, Director, Department of Industries, Government of Jharkhand.

Addressing the webinar on ‘Impact of COVID-19 on Jharkhand’s Economy’, organized by FICCI, Singh said that in order to attract more investment in the state and revive the industry in Jharkhand, the state government has taken few measures including the New Jharkhand Industrial and Investment Promotion policy.

He further said that this is in draft stage and within a week the new policy will get notified adding that ''with the unlocking of the economy, the demand for products will increase thereby leading to increase in production as well.''

“The government of Jharkhand is responding to the situation, demands and the needs of the industry. In the new Industrial policy, we have increased the incentives including the capital subsidy which will benefit the MSME sector as well,” he asserted.

Singh also said that the Textile policy of the state has been very lucrative for the investors and existing policy is expiring in September.

We are also working on the new textile policy, and it will be more attractive than the current policy, he stated.

“In the coming few months we are hoping for recovery and reviving our single window clearance system along with expediting all clearances and compliances. With this, our industrial production and clearances will get a major boost. To reduce the industrial compliances, 121 compliances have been reduced, reengineered, and uploaded on the DPIIT portal as well,” added Singh.

Emphasizing the potential of tourism sector in the state, Singh said that the Department of Tourism is in the process of drafting the new Tourism policy.

“The policy will be implemented in next 2 months. The new policy also has new attractive incentive provisions which will further boost the sector,” he noted.

Pradeep Hazari, Special Secretary-Cum-Advisor, Dept of Agriculture, Animal Husbandry & Cooperative, Govt of Jharkhand said that second wave impacted critical areas in the state which include rise in the unemployment, stress on supply chain with decrease in the government income.

“The tourism and hospitality industry has collapsed in the state. We are also witnessing a reduction in consumer demand,” he added.

Hazari further said that to support the agriculture sector, the state government took steps to support the farmers. In order to prepare for the third wave, he suggested that it is required to learn from past experiences and save unseen resources.

“Investments have to be utilized properly and expenditure needs to be curtailed. We need to adopt a backward integration approach, adjust our production and through these measures we will overcome the crisis,” he added.