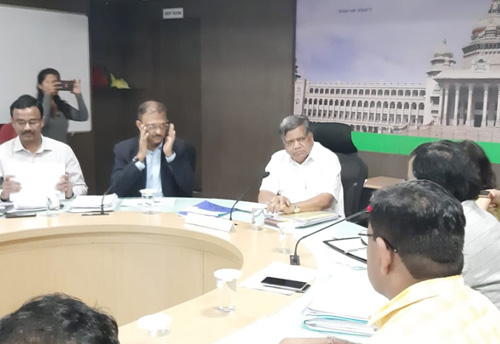 While reviewing the Commerce & Industries Department, Shettar asked officials to study what Maharashtra, Gujarat and Andhra Pradesh has done on this front.

In addition, he also directed the officials to come out with clear guidelines on allotment of industrial land in other districts.

He further noted that the several small industries in the state faced crisis.

Pitching for uniform land prices for industries, he opined that land rates should be based on its location.

Rules should be ease process of investment for those willing to fund industries in the state, he added and further directed officials to simplify rules for the process.