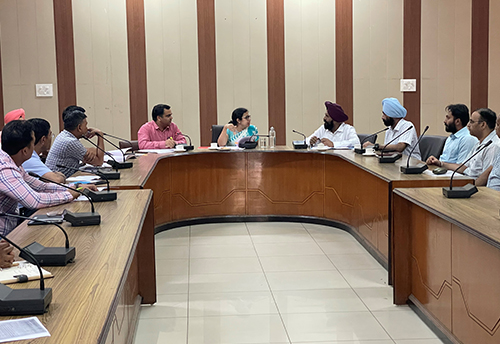 Ludhiana, May 14 (KNN) The District level committee of Ludhiana has granted exemption to 4 industrial units on electricity duty and 1 unit from CLU/EDC charges.

During a meeting held on Friday at Bachat Bhawan under the Chairmanship of Deputy Commissioner, Ludhiana it was also decided to grant 8 units with In-Principle Approval under Right to Business Act.

The meeting was held to for the Commissioner to consider cases for giving benefits like Electricity Duty and CLU/EDC Exemption and In-Principle Approval for setting up their Industrial units.

While giving details, Deputy Commissioner Ludhiana, Surabhi Malik I.A.S informed that one of the major achievements of this policy was the simplified approval procedure of incentives for MSMEs.

All the new and expansion/modernization projects can apply on Business First Portal and get all regulatory Clearances and Fiscal incentives online in a time-bound manner.

The projects up to Rs 10 crore investments in plant and machinery will be approved at District Level Committee which is headed by Deputy Commissioners of the districts.