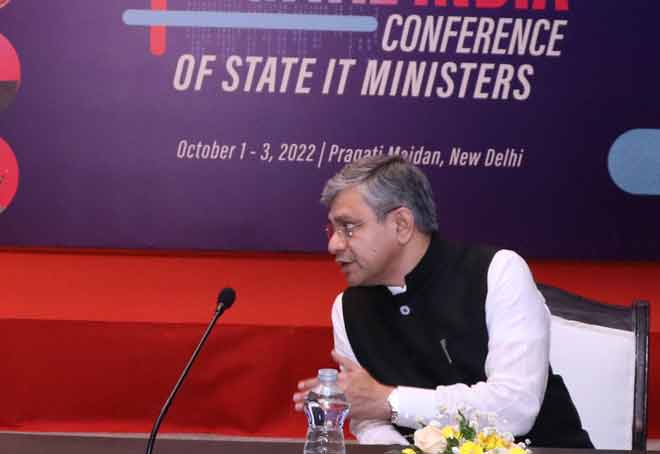 New Delhi, Oct 4 (KNN) Union Minister for Communications, Electronics & IT and Railways, Ashwini Vaishnaw has encouraged the States to be proactive and make business friendly policies to attract businesses in their States.

He was speaking at the three day long "Digital India Conference of State IT Ministers" which concluded on Monday.

On the first day, the detailed discussions on key priority areas of Digital India initiatives were held with States and Union Territories under his chairmanship.

In his concluding remarks, IT Minister Ashwini Vaishnaw stated that the connectivity is vital for the Digital India and its reach to every corner of the country.

The Minister congratulated all States and UTs for their speedy onboarding at PM Gati Shakti.

He also shared that the special assistance to States for capital expenditure worth Rs 2000 crore has been supported.

Emphasizing on the motto of Sabka Saath and Sabka Vikas, he stated that the commitments from all States and UTs, large as well as small States, are vital in taking Digital India to higher level and in realizing the AatmaNirbhar Bharat and Trillion Dollar Digital Economy.

He also said that States and UTs should leverage the latest initiatives of Central Government for improving the citizen centric and business centric services, resulting in further ease of living and ease of doing business.  (KNN Bureau)