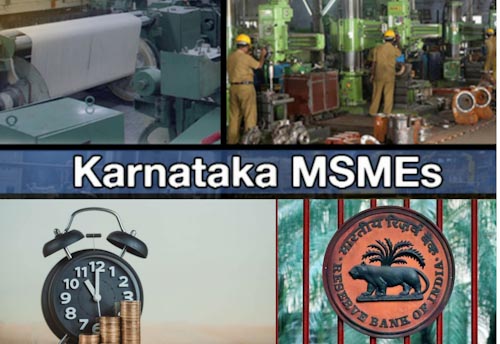 Bengaluru, March 28 (KNN) ​​​​​​Lauding the Reserve Bank of India's (RBI) measures to cut the repo rate and moratorium on payment of EMIs for three months etc, the Karnataka Small Scale Industries Association (KASSIA) has urged the state government to announce the same for Micro Small and Medium Enterprises (MSMEs) in the state.

''We would like to request the state government to provide similar relief for payments of fixed charges, electricity and water bills by the SMEs for the next three months as it will be critical for them to pick themselves up,'' KASSIA president R Raju said.

''The government must also consider subsidizing the salaries of workers of these units in the coming months besides permitting the working hours to be extended by two hours temporarily to recoup the lost man days. These measures will be essential in order to meet the impending challenges,'' he added.

KASSIA thanked central government for the series of reliefs announced for the MSMEs hit by the lockdown.

''The measures such as EPF payment by the government for three months, reduction in repo and reverse repo rates and CRR, moratorium on EMIs for three months, direction to banks to ease working capital flows will be helpful in the coming months for recovery and rehabilitation,'' KASSIA said.