ODOP Scheme- a participant in making UP a $ 1 trillion economy or a publicity stunt? 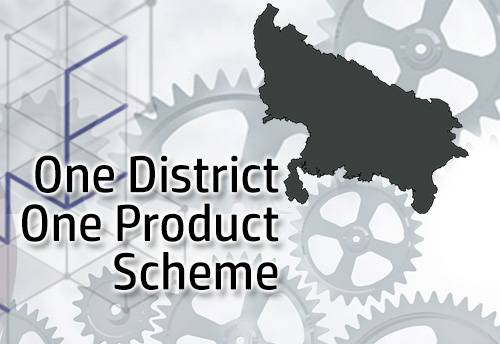 ODOP Scheme- a participant in making UP a $ 1 trillion economy or a publicity stunt?

New Delhi, Sep 27 (KNN) Indian Industries Association (IIA) former president Manish Goel on Friday refuted the claims made by Uttar Pradesh Chief Minister Yogi Adityanath that ''One District, One Product'' (ODOP) scheme will play an important role in turning the state into a USD 1 trillion economy by 2024 and said it's a publicity stunt rather than a scheme and there has been zero ground works.

On Wednesday night, while interacting with the reporters, Adityanath said, ‘‘The MSME sector already existed but was neglected for the last 15-20 years without the government support. We started the 'one district, one product' scheme and encouraging results have already started pouring in.''

While speaking to KNN India, over this, Goel refuted the claims over ODOP and called it a publicity stunt rather than a scheme.

''The scheme, known as ODOP is a publicity stunt and there has been zero ground works. They are exhibiting, spending money and doing publicity of ODOP,'' he said.

''Without production how an economy will touch 1 trillion figure, he asked? Until and unless there won't be any manufacturing and just exhibiting ODOP and conversation will not help,'' he added.

''They need to develop cluster for the manufacturing and if they failed to develop cluster so in that case they should develop common facility centre. How improve and increase quality, marketing and product. As of now, noting seems to be done in this regard, since two years,'' he asserted.

When being asked, that UP CM on Wednesday said that the MSME sector was neglected for the last 15-20 years without the government support and introduction of ODOP scheme have started pouring encouraging results, he replied,'' What encouraging and good results has he received, he must tell us. Only claiming good results won’t help. He doesn't have any data over this, he should come out with data.''

''With the help of Publicity you can win election but can't do production'', he concluded.

Earlier also KNN India did series on how the ground reality of ODOP was?

KKN India also spoke to several manufacturers who shared their views and termed it a 'false promise' made by the government in the name of ODOP.

“Locks in Aligarh, brass in Moradabad, and bangles in Ferozabad were part of the supposed rebuild project of the lost traditional industries of Uttar Pradesh. I cannot speak for the others but as the President of All India Locks Manufacturers Association, there has been nothing but false promises by the government," said Zafar Alam, President, All India Locks Manufacturers Association.

“The lock industry has been neglected for decades now and I don’t think there will be deliverance this time either. We were told that there will be heavy investments on behalf of the ODOP Scheme. However, none of the manufacturers have been made beneficiary to the Scheme. The small-scale manufacturers have definitely suffered and will continue to suffer a lot under this government," he added.

We should learn from some developed countries how things made by hand can be highlighted through modern-day branding and marketing and help the nation in earning foreign investment, more employment and improving the image of the country. I have been told that through this ODOP scheme around 25 lakh people will get employment through a financial assistance of Rs 25,000 crore in five years. Small and medium enterprises are proving to be the backbone in the nation’s economy. This ODOP scheme will further strengthen the spine,” President Ram Nath Kovind had said during the launch of scheme.

However, according to the MSMEs in the lock industry, they have been a victim of the poor implementation of the ODOP Scheme.

"It would be a massive loss if the entire industry gets depleted in a couple of years because it associated an identity with the old city of Aligarh which added a heritage value to it," they opined. 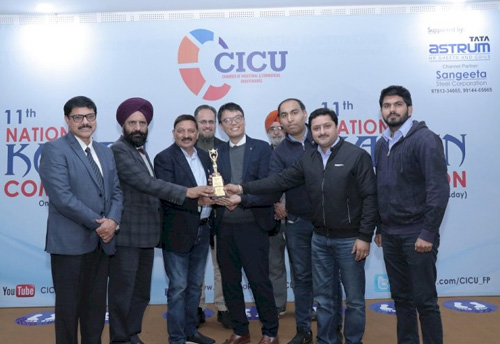