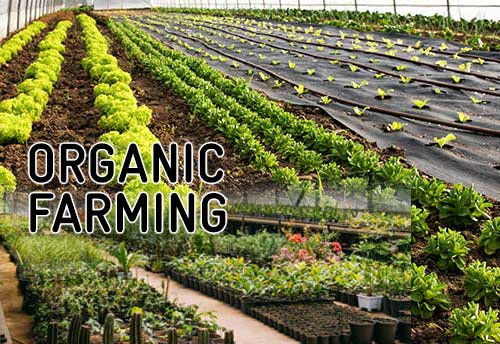 New Delhi, Jul 7 (KNN) The percentage of farmers doing organic farming has risen to 23 per cent fr0m 19 per cent fr0m the same set of farmers in 2017, which is a pleasant outcome, said a study by CUTS International.

However, as per the study, 97.4 per cent consumers were found aware of the fact that chemical input-based food products are harmful for health compared to 86 per cent of the same set of consumers in 2017.

''The above results are some of the key highlights of the study, which has shown deep impact with tremendous results. Conducted by the consumer advocacy group of CUTS International under its project ProOrganic, which was implemented in partnership with Swedish Society for Nature Conservation (1st April, 2017 to 31st March, 2021) with a purpose to ‘Develop a Culture of Sustainable Consumption and Lifestyle in the State of Rajasthan with Special Focus on Organic Consumption and Production’ in the targeted ten districts of the state,'' said George Cheriyan, Director, CUTS International.

The purpose of the end line research was to gauge the level of impact seen over the last four years of intervention as part of CUTS’s project outcome comparing these with the baseline results and findings under the same project.

According to Deepak Saxena, Assistant Director, CUTS International, the study also earmarks an end line evaluation of the project with a goal to assess the project effectiveness and to collect evidence of change due to the project intervention and to capture the perception/experience fr0m various stakeholders about awareness, capacity, challenges and suggestions etc.

Under the quantitative analysis of the survey targeting ONLY CONSUMERS (1750 samples), compared with baseline survey results of 2017, the other key findings show that 94.7 per cent consumer respondents reported general awareness about organic products in comparison to 84 per cent consumers during the baseline 66.8 per cent of consumer respondents reported having purchased organic products ever.

This is a huge difference fr0m baseline as there were only 39 per cent consumers reporting buying of organic products ever. Only 26 per cent (fr0m 66.8 per cent) of those purchasing organic products reported higher prices for organic products in comparison to more than half of the consumer respondents in the baseline.

Another satisfying result is that now only 40 per cent consumer respondents this time reported facing difficulty in finding organic products as against 68 per cent of consumers reporting it during the baseline.

Lesser number of satisfied consumers in 2021 is due the factors related to growing number of retailers in the market, which resulted into a competition affecting consumers both in terms of price and quality of goods.

Similarly, the quantitative analysis targeting ONLY FARMERS (640 samples), the other key findings besides 23 per cent of farmers reporting doing full organic farming, 11 per cent says that they are doing chemical, while 66 per cent reported to be involved in doing both chemical and organic mix farming, which comparing the same data of 2017 baseline were 19 per cent for complete organic, 55 per cent for both and 26 per cent respectively for chemical exclusive. In another interesting question, 97 per cent of farmers reported awareness on ill effects of farming based on chemical inputs, which was earlier reported by the same set of farmers at 94 per cent in 2017.

In continuation, 18 per cent of farmers fr0m the 77 per cent (66+11) involved in both chemical and mix reported easy availability of chemical inputs as the reason of using chemical inputs, whereas 66 per cent reported more production with chemical used farming resulting into more profits and income, while the remaining 15 per cent reported less price of their produces as the reason for using the chemical option. As part of the general question, 98 per cent respondents reported that they will motivate others to adopt organic farming as against the figure of 91 per cent in the baseline.

As part of qualitative analysis (with 2390 samples), the views and suggestions were gouged out fr0m the stakeholders like officials fr0m agriculture department, agriculture university and college professors and other academics, officials in krishi vigyan kendras and experts fr0m research organisations like RARI and CAZRI etc.

The advocacy points derived fr0m their views were analysed like forming a commission/corporation for promotion of organic farming and consumption in the state in a focussed manner, strengthening and expansion of mission ‘Organic Dungarpur’ like initiatives, which is a good in order to bring the desired outcome, launching “Mission Organic Rajasthan” on the side-lines of region-specific plans, strengthening and expanding PMKVY like schemes.

Besides, producers/farmers should be motivated to adopt organic farming in a phased manner for marketing of organic produce and a separate agency on the lines of Agriculture Marketing Board should be constituted for development of market access initiatives, pricing support and forward and backward linkages throughout the value chain.

This agency would promote provisions of separate outlets/dedicated platforms for sale of organic grains/vegetables with a premium pricing system. Minimum Support Prices (MSP) should be announced by the government for various organic gains/products.

Technological inputs should be promoted in organic farming and consumption space. Applications may be developed and cadres on the lines of Business Correspondents may be promoted. They may also facilitate provision of information and credit to the farmers through various banks and rural credit institutions.